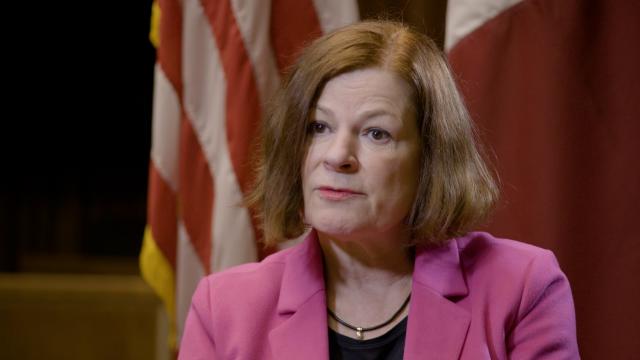 How would you describe Raleigh’s growth over the last 10 years?

I moved here about 30 years ago, and Raleigh is a totally different place, and I think the most dramatic change has come in the last 10 years.

We have seen steady growth.

We have a number of people moving here every day.

A lot of it has to do with our quality of life, quality of education and the fact that, relatively speaking, we’re still affordable compared to a lot of other cities especially in the northeast and northwest.

What effect has the growth had on the housing market?

Supply and demand have not kept up with the growth, and that’s part of the challenge.

We have seen a steady increase in housing prices. There’s a lot of demand in Raleigh, especially if you look inside the beltline. It’s really hard for most people to afford a house.

We have naturally occurring affordable housing. That will happen as apartments age, as houses age, and people move up. It’s called filtering.

Fifty-two percent of our residents rent. That’s a considerable number of people, so ensuring that we continue to build more rental housing, that’s got to be part of our strategy.

What's missing is that middle housing – duplexes, triplexes, townhomes. Eighty percent of our city, you cannot build a townhome, and that’s usually somebody’s entree into the housing market.

So what we are trying to do as a council is really look at our zoning rules and regulations and allowing for housing choices because I think that is really the answer to how we house more people.

How has the growth affected the availability of affordable housing?

Land has become more valuable, so what happens is some of the areas where there was affordable housing, that housing has been knocked down. More expensive housing as been put it in.

So we’ve really had to work with our faith-based community and others to identify housing for people.

We’ve got to do a better job of preserving some of what we have and incentivizing the development community to provide more affordable units as well.

How has the growth changed the character of east and southeast Raleigh?

There’s good and bad with that. There have been parts of southeast Raleigh with a very high crime rate, people hanging around corner stores and wreaking all kind of havoc.

Having different housing, more people in the neighborhood, is kind of changing some of that. That could be the good side. The bad side is when people get forced out of their neighborhoods. They don’t feel they can afford to stay there, called gentrification.

I’ve talked to mayors throughout the country and asked them how they’re dealing with gentrification, and I don’t think anyone has a good answer for it.

What can the city do to mitigate the negative impacts of gentrification?

There really aren’t good answers. Part of it is market driven.

I think the best thing that we can do is continue to provide and look for ways to provide housing.

A meeting with the county to talk about how we can use underutilized property or land that we have as an incentive for people to build affordable housing. The state could play a role in this. The state has lots of property that is underutilized.

I think it’s just trying new things and building up the supply. That’s going to make a difference.

What impact will the pandemic have on downtown Raleigh’s resurgence and the growth it’s helped fuel in and around downtown?

Downtown is a ghost town and people are upset about that, but the reason why it’s a ghost town is because people are not coming to work. Everybody’s working from home. There’s going to be a time when people do return to work.

I’ve talked to people in our tech companies too who say, you know what, we miss the culture. You know when you’re with a group of people that’s when you can generate big ideas, that’s when you can be innovative, just the energy you get from being around people, so I see people coming back.

My goal is to make downtown vibrant again and special because it’s the heart and soul of our city.