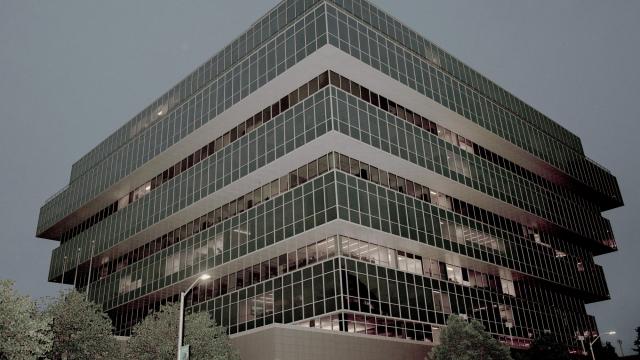 Thousands of municipal governments nationwide and nearly two dozen states that sued the pharmaceutical industry for the destructive opioid crisis have tentatively reached a settlement with Purdue Pharma and its owners, members of the Sackler family.

The deal is a landmark moment in the long-running effort to compel Purdue, the company whose signature opioid, OxyContin, is seen as an early driver of the epidemic, and its owners, the Sacklers, to face a reckoning for the deaths of hundreds of thousands of people from overdoses and the calamitous systemic costs.

Specifics of the settlement have yet to be hammered out, but according to two people involved in the negotiations, the broad contours of the deal would involve Purdue filing for Chapter 11 bankruptcy. The company would be dissolved, and a new one would be formed to continue selling OxyContin and other medicines, with the profits used to pay the plaintiffs. Purdue Pharma also would donate drugs for addiction treatment and overdose reversal, several of which are in development.

Under the deal, the Sackler family would pay $3 billion in cash over seven years.

The settlement does not include an admission of wrongdoing.

The tentative deal emerged after at least a year of talks, which had been intensifying in recent weeks. The agreement must still be approved by Purdue’s board as well as a bankruptcy court judge.

In a statement, the company said, “Purdue Pharma continues to work with all plaintiffs on reaching a comprehensive resolution to its opioid litigation that will deliver billions of dollars and vital opioid overdose rescue medicines to communities across the country impacted by the opioid crisis.”

But the agreement does not appear to put to rest claims by a majority of the nation’s states, whose attorneys general quickly denounced the proposal. They vowed to pursue the Sackler fortune to try to recover vast sums that their governments spent in treatment, care and enforcement as the drug scourge ensued for years and years. Their resistance casts a shadow over whether a bankruptcy judge will sign off on the plan.

The tentative deal was reached scarcely six weeks before the start of the first federal trial in the sprawling opioid litigation before a federal judge in Cleveland, in which Purdue was a defendant. The judge, Dan Polster, recently issued tough pretrial rulings against groups of defendants in that case — drug manufacturers in addition to Purdue, as well as drug distributors and chain retailers.

Although other manufacturers have already settled in that case, as well as in an earlier state opioid trial in Oklahoma, the Purdue agreement is the first so-called “global” arrangement. Negotiated by a team of five lawyers representing plaintiffs in nearly 2,300 lawsuits in federal court, as well as by lawyers for the states, the resolution would end most of the cases against Purdue.

In addition to the plaintiffs in the federal litigation, which include city and county governments and hospitals, some 23 states and a handful of territories are said to favor the deal.

Lawyers supporting the proposed settlement said that they prefer to have an agreement with Purdue rather than face the uncertainty of drawn-out litigation with no guarantee of a better outcome.

Paul Geller, a plaintiffs’ lawyer working to resolve the federal cases, said: “Nobody walks away from a tough negotiation feeling like a winner. But one thing was certain during difficult, protracted negotiations — a bankruptcy filing by Purdue was inevitable.”

Lawyers for states that favor the agreement in principle said it had symbolic implications. Ashley Moody, the state attorney general of Florida, which was particularly hard-hit by opioids, called the deal “historic,” and said, “Sadly, this agreement cannot bring back those who have lost their lives to opioid abuse, but it will help Florida gain access to more lifesaving resources and bolster our efforts to end this deadly epidemic.”

Herbert Slatery, the Tennessee attorney general, said the plan “would secure billions of dollars nationwide to go toward addressing the devastating effects of the opioid epidemic and will result in the Sackler family divesting themselves of their business interests in the pharmaceutical industry forever.”

And a spokesman for Ken Paxton, the Texas attorney general, said that “we are proud to participate in the nation’s most significant step in addressing this deadly crisis.”

But because the deal falls short of what some state attorneys general were seeking, many have said that they will continue to pursue the Sacklers. In recent weeks, perhaps in anticipation of legal fortresses built by the Sacklers to guard their fortune, which Forbes estimated to be about $13 billion, more states, including Virginia, New Mexico and Delaware, filed cases against members of the family. States have used an array of legal tactics, hoping to win an even bigger payout from the Sacklers and to force them out of the pharmaceutical business altogether. A critical sticking point has been the timing of the family’s sale of its global pharmaceutical business, Mundipharma, and the contribution the family would make from the proceeds. Some attorneys general, including those from Massachusetts, New York, New Jersey, Pennsylvania and Connecticut, who have not signed on to the settlement, had been pressing the family to sell Mundipharma immediately and to discontinue manufacturing drugs for international markets. In addition, the attorneys general said, they wanted the Sacklers to commit an additional $1.5 billion up front.

Maura Healey, the Massachusetts attorney general, who was the first to sue individual members of the Sackler family, said in a statement, “It’s critical that all the facts come out about what this company and its executives and directors did, that they apologize for the harm they caused, and that no one profits from breaking the law.”

“Connecticut has not agreed to any settlement,” William Tong, the state’s attorney general, said in a statement. He added: “I cannot predict whether Purdue will seek bankruptcy, but all I can say is we are ready to aggressively pursue this case wherever it goes — whether it is in the Connecticut courts or through bankruptcy.” Often when a company goes into Chapter 11 bankruptcy, all litigation against it is stayed. The deconstruction and evolution of Purdue would be overseen by a bankruptcy judge and, eventually, trustees appointed to assemble a new, transparent board, which would not include any of the Sacklers.

Still unclear is what the distribution of any Purdue and Sackler money would look like for individual parties that have signed on to the deal, as well as for the federal government, which has been investigating the company. Hospitals, insurers and a group representing infants born exposed to opioids have also brought lawsuits.

Another significant question to be resolved is where, legally and practically, the settlement would leave the Sacklers. Whether they would be legally insulated by the settlement is in dispute.

One question is whether the Sacklers’ payouts in the settlement would bind them into Purdue’s bankruptcy proceeding and therefore halt the lawsuits against them as well as the company. Purdue is expected to file for bankruptcy in New York, which has occasionally looked favorably upon such conditions.

Many of the two dozen states that have named individual Sacklers as defendants have said that the family has been intentionally taking billions of dollars out of the company since 2007, when Purdue and its executives paid a $635 million fine to resolve federal civil and criminal charges related to the “misbranding” of OxyContin.

Legally speaking, this is known as “fraudulent conveyance,” and it could be a claim for the states to pursue in bankruptcy court. Some states have been aggressively hunting for where the Sacklers have deposited their money, particularly the New York attorney general’s office, which recently issued 33 subpoenas, including to offshore holding companies.

The Sacklers, however, have long said that whatever funds they withdrew from Purdue were appropriate dividends from a company they owned and directed.