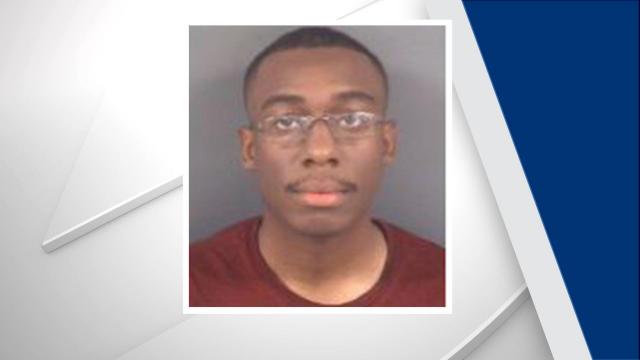 Spring Lake, N.C. — A puppy was discovered dead in its cage after being abandoned without food or water for an undetermined amount of time.

Demareo Frantell Jones, 21, was charged with abandonment of an animal on Feb. 3. Officials said Tuesday he is a Fort Bragg soldier.

The realty company went by the apartment Dec. 27 for a walk through inspection after the two tenants -- including Jones -- moved out. The company found the puppy still in the cage with no food and no water. The puppy was already dead.

Spring Lake Police and animal control responded, and the case was turned over to police as a felony offense.

Jones was charged. His fellow tenant has charges pending and an outstanding warrant.

Both men stated the other was supposed to retrieve the puppy, but neither went to check on it.

The puppy was said to be a lab mix. An autopsy report determined the puppy had been dead between 18 and 48 hours, but officials were not sure how long the apartment had been vacant.