Raleigh, N.C. — Nearly 2,000 pounds — that's how much the largest pumpkin at the N.C. State Fair weighed on Tuesday.

Chris Rodebaugh, from Lewisburg, W.Va., set a new state record with a 1,965.5 pound pumpkin. He's won several pumpkin competitions across the state through the years. 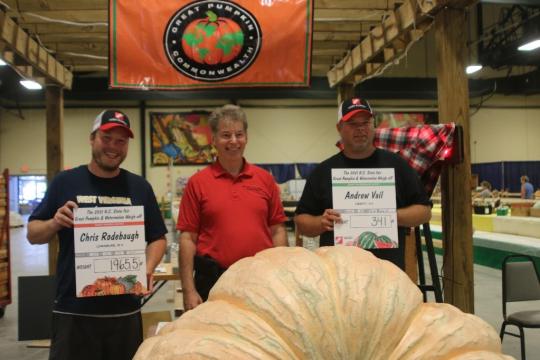 The last pumpkin he submitted to the N.C. State Fair was in 2018 and weighed around 400 pounds less.

A 341-pound watermelon also set a state record on Tuesday, grown by Andrew Vial from Liberty. His watermelon was only 9 pounds shy of the world record. 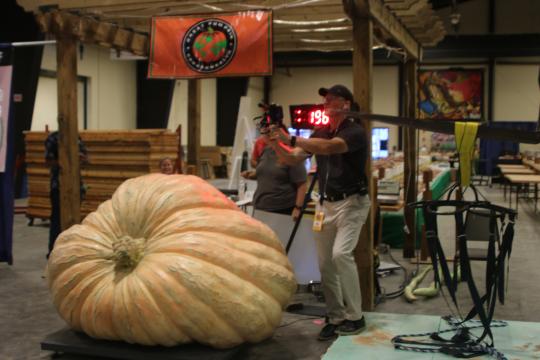 “These growers face many obstacles when growing giant fruit,” said N.C. State Fair Manager Kent Yelverton, according to a statement. “Excessive heat, drought, too much rain, impacts from local wildlife can all impact these giants."

In total, 21 pumpkins and 19 watermelons faced off in Tuesday's competition.