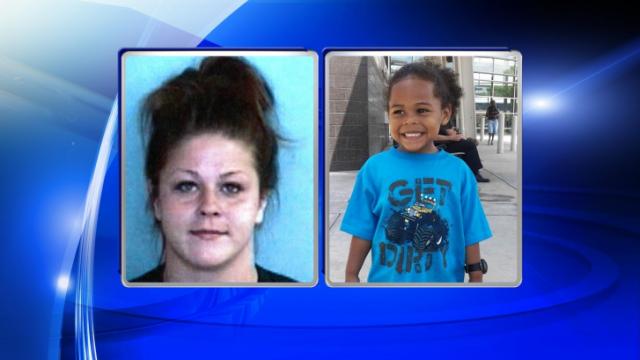 Durham, N.C. — Investigators are seeking the public's help in finding a woman and child traveling together.

Ashli Nicole Green, 27, and Rashad Tylee Eaborn, 4, both of Durham, were last seen on July 18 at the Durham bus station on Pettigrew Street. Police believe the pair may be staying in budget motels around the Triangle.

Green is friends with Rashad's mother, said police, who have not said if this case is considered a kidnapping.

"Right now we just want to be sure both are OK," said Kammie Michael, Durham police spokeswoman.

Green is described as a white female, 5 feet 2 inches tall, 130 pounds with long blonde hair with dark roots. She has a butterfly tattoo on her lower left leg and a purple and pink tattoo on her left shoulder blade that says “Chuckie.” She was last seen wearing a white tank top, black leggings and black flip flops.

Rashad is described as a black male with brown eyes and long brown hair worn in braids. He was last seen wearing a black and white striped V-neck shirt, black shorts and black Jordan basketball shoes.