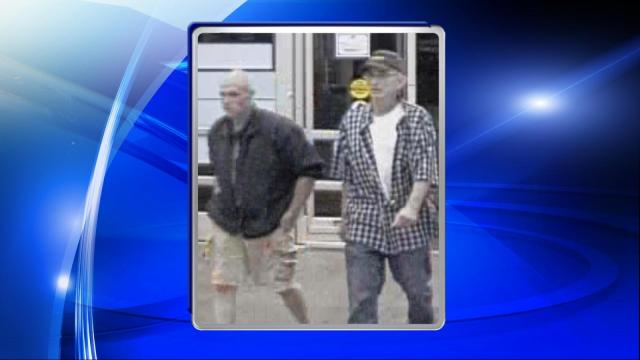 Wake Forest, N.C. — The Wake Forest Police Department is asking for public help in identifying two men who are wanted in connection with a larceny.

According to Captain Matthew May, the men, who were captured by surveillance cameras, stole several DVDs and computer hard drives from a Walmart located at 2114 South Main Street on July 4. The total value of the items was $992.00.

Anybody who recognizes or knows the whereabouts of the men is asked to call the police department tip line at 919-435-9610.