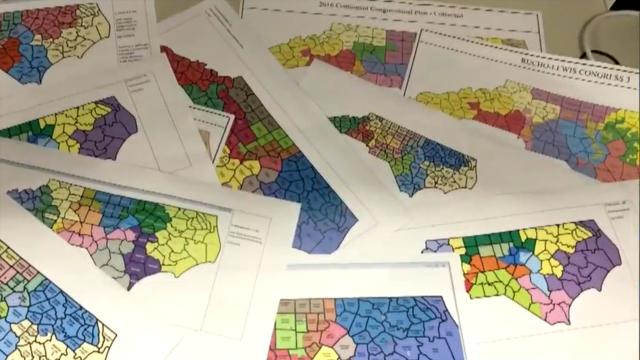 The plan is to hold joint hearings Monday and Tuesday between the House and the Senate, based in Raleigh but with virtual options and satellite locations around the state beaming comments back. Proposed maps will be available for review, although as of 4:30 p.m. Thursday, no House maps had been posted yet.

Legislative staff said hearings would be held at the statehouse at 3 p.m. each day, and a separate online hearing would begin at 5:30 p.m. via WebEx.

Lawmakers have been drawing maps for a couple of weeks in a pair of map-making rooms at the legislature. Those proceedings are streamed live through House and Senate webpages.

Several Senate-drawn maps have been posted, though the maps don't identify their authors. House Rules Chairman Destin Hall said to expect House-drawn maps soon and that he planned to post Thursday a proposed congressional map and a proposed state House map that he drew.

"Now, any other member, they can put it out right now if they want to," said Hall, R-Caldwell.

House Speaker Tim Moore said map proposals may be in committee as soon as Thursday of next week, after the public hearings.

"But it's in flux," Moore, R-Cleveland, said Wednesday afternoon. "We have to check with the Senate, see how they're coming."

He said he expects maps to be finalized in two or three weeks. Hall said the State Board of Elections has asked that maps be ready by early November.