Protesters tear down parts of Confederate monument at State Capitol

Raleigh, N.C. — Protesters in downtown Raleigh on Friday night tore down two statues on a Confederate monument at the State Capitol.

The monument has a statue on either side. At around 9 p.m., protesters used a strap to pull down one statue before quickly removing the second one. Both statues were dragged in the street and eventually tied to light fixtures and pulled up to mimic hangings.

Protesters dragged at least one statue to the Wake County Justice Center and gathered to chant, sing and play music. Heavy rain began to fall in the area around 9:30 p.m., dispersing many of the protesters. A large number of them still remained as more Raleigh police came to Fayetteville Street.

Just after 10:30, Capitol Police and other law enforcement took the statue from the Justice Center and carried it to an undisclosed location.

Earlier Friday, protesters tried to pull down the same statues on the State Capitol grounds before police halted the effort, tackling at least one person. The protesters threw ropes around pieces of a large monument honoring Confederate soldiers who died in the Civil War and were trying to pull them down when State Capitol Police and Raleigh police cut the ropes.

WRAL News confirms at least one person was arrested at the site as of early Friday evening. James Sebastian Storelli, 28, of Edenton Street in Raleigh was charged with first degree trespassing enter/remain and resisting a public officer. 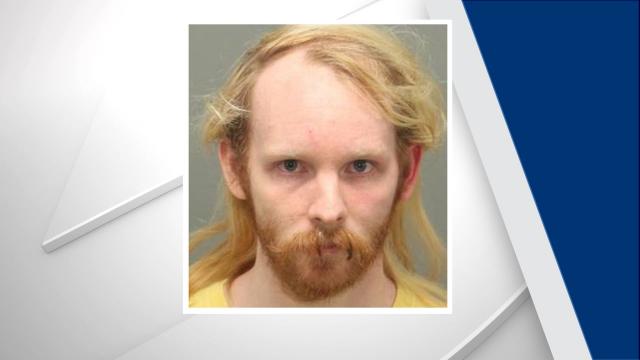 The confrontation followed peaceful protests earlier in the day in which hundreds of demonstrators marched through downtown Raleigh and downtown Durham calling for the cities' police departments to be eliminated or funding severely cut.

The marches were also intended to commemorate Juneteenth, the holiday celebrating the day in 1865 – two years after the Emancipation Proclamation – that enslaved black people in Texas learned they had been freed, marking the end of slavery in America. But anger over police actions in recent protests far outweighed any celebratory feelings.

Members of the group NC BORN – Building Our Revolution Now – marched from the Duke Energy Center for the Performing Arts to the governor's mansion in Raleigh, where they sat in the street for a while. They then headed back south to the Wake County Justice Center, chanting for change, before heading to Moore Square to listen to speeches.

Two members of NC BORN were detained by police on Thursday, which angered the group even more. Police initially said one of the people assaulted an officer who was trying to clear them from a street where they were impeding traffic and that the second person interfered with police.

"I was there from beginning to end. It was a peaceful protest, and like I said, one of the officers just went off," protester Chris Huie said.

"We understand the actions of police departments across the country, so it comes as no surprise that Raleigh Police Department would engage in those same kind of actions," NC BORN organizer Lauren Howell said.

"I thought it was a little ridiculous," protester Yamila Monge said of the incident. "I think that we, as a country, are trying to be peaceful, trying to achieve everything in a peaceful manner, and we’re always given obstacles."

Police Chief Cassandra Deck-Brown said Friday that the juvenile who was detained first was never charged and that charges were dropped against the second person. Deck-Brown also said that, after reviewing videos of the incident, her department would conduct an internal investigation of the officers' actions.

In Durham, protesters have been camped outside the police department all week, vowing not to leave until city leaders agree to their demands.

"At least some part of it, agree to some part of it," Gibbs said. "Something has to be done in the Black community for these mental health patients. Something needs to be done with social issues. We need a community task force. That way, we step away from the traditional policing format because that clearly doesn’t work."

City Councilman Mark-Anthony Middleton put together a proposal that asks the city to consider spending 10 percent of the previous police budget on initiatives that reduce the need for police contact.

"As those initiatives post victories, that will allow us to start taking money from the police budget to fund those initiatives, which will relieve us of the need of police to do those things," Middleton said. "I think that’s the responsible way."

Durham officials have stepped outside a few times to work out a deal, Gibbs said, but nothing has changed.

"They keep sending officials to negotiate, if you will, but they just come out and ask us what do we want, and I just remind them what it is," he said.