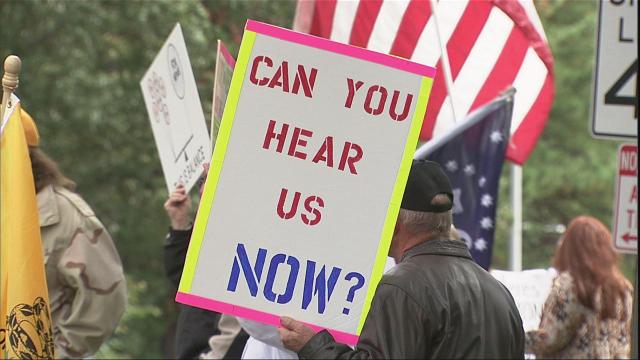 The event was organized online by the group NC Freedom.

The protesters want the media to do more to hold the government and corporations accountable. They also say a few owners own several media outlets.

In a statement, Steve Hammel, general manager of WRAL-TV, said: "WRAL-TV is committed to the highest journalistic standards and is dedicated to reporting with integrity. We are both locally and family owned, with a commitment to our community."