Pittsboro, N.C. — More than 100 people gathered Saturday in Pittsboro for protests about a Confederate monument in the town’s center, officials said.

About 125 to 150 protesters and counter-protesters were near the Historic Courthouse, where a monument has stood for more than a century, the Chatham County Sheriff’s Office said at 10:30 a.m. Saturday. 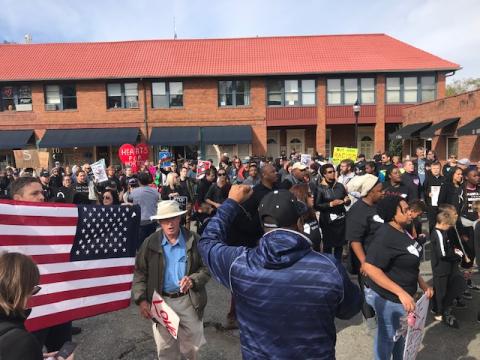 Many people against the monument held signs, some saying “Make racism wrong again” and “No place for hate.”

Others waved Confederate flags about a quarter-mile from the courthouse. 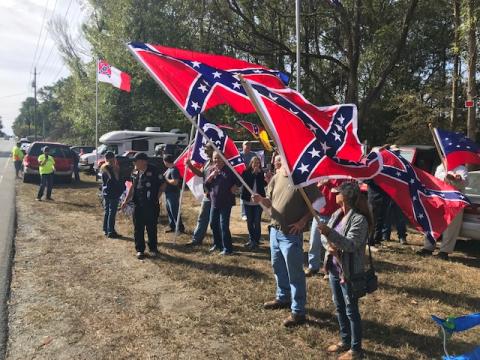 In August, the Chatham County Board of Commissioners voted that the statue must be removed.

The board set a deadline of Oct. 1 for the United Daughters of the Confederacy, which donated the statue to the county in 1907, to submit a proposal for what to do with it. A plan was not submitted.

Barbara Pugh, president of the UDC's Winnie Davis Chapter, has said that the statue is now county property and cannot be moved under a 2015 state law governing public monuments.

Earlier this month, three people were arrested during a protest about the monument. They were charged with carrying concealed weapons and disorderly conduct.