Warrenton, N.C. — A man charged in a home invasion and fatal fire in the Lake Gaston area last year has been threatening his co-defendant and others in the case, prosecutors said Monday.

Lester Kearney, 34, is charged with murder in the March 9 death of Nancy Alford. He could face the death penalty if convicted when the case goes to trial late this year or early next year.

Alford was killed in a fire at her home, following a home invasion in which her husband was beaten and tied up and she was driven to Roanoke Rapids and forced to cash a check at a credit union. 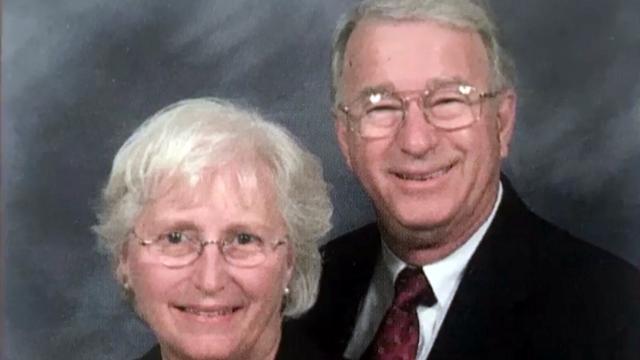 Rev. John Alford last year identified Kearney as the knife-wielding man who broke into his home on Mulberry Court in Littleton, attacked him and kidnapped his wife.

John Alford said he later heard a loud noise and his wife screaming and discovered a fast-moving fire in the house. He said he tried several times to reach his wife but couldn't get to her through the flames and smoke.

Firefighters later found Nancy Alford's body in the rubble of the burned-out house.

Co-defendant Kevin Munn, 30, pleaded guilty in April to a first-degree murder charge in the case to avoid a possible death sentence. He also agreed to testify against Kearney.

Kearney has been held since August in Central Prison in Raleigh, and his attorneys asked a judge Monday to move him to a closer jail so they can meet with him more easily.

Warren County District Attorney Mike Waters opposed the move, saying that Kearney had threatened other inmates in the county jail before he was moved to Raleigh. The county jail has only three officers per shift to handle dozens of inmates.

Lt. Alisha Norris, an intelligence officer at Central Prison, also testified Monday that officers intercepted a letter from Kearney a few weeks ago that contained a photo of two boys and the caption "kill them both & his mom, sister & father."

The threats appear to be directed at Munn, authorities said, because the letter demands that Munn tell authorities Kearney wasn't involved in the Alford home invasion.

"Tell him that he better write a letter to me right now saying how he lied on me and that he don't even know me," the letter states. "Tell him to write in detail the crimes he done, that he lied on me because the cops gave him the idea."

"In any type of case, we want to make sure [witness tampering] does not happen, and that's why we felt the appropriate place is for him to remain where he was today, and the judge agreed," Waters said after the hearing.

More than a dozen deputies guarded Kearney during the court hearing, and two officers were stationed outside the courtroom with assault-style weapons.