Prosecutor: Teen had gun in waistband, showed it to Garner Magnet HS students 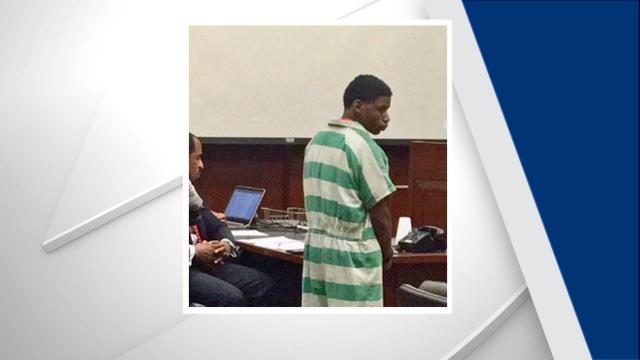 A judge on Thursday increased the bond for a teen found in possession of a gun at Garner Magnet High School on Wednesday.

Garner police said James Tyrone Davis Jr., 17, was charged with possession of a weapon on a school campus and possession with intent to sell and deliver marijuana after he was found with a Ruger handgun at the South Garner Campus of Garner Magnet High.

Wake County Assistant District Attorney Debra Shandles said in court Thursday that Davis had the gun in the waistband of his pants, and he repeatedly pulled up his shirt to show the weapon to other students.

The gun was not used or displayed in a threatening manner, and nobody was injured as a result of the incident, police said.

Davis was removed from the classroom by a student resource officer and brought to the teacher’s lounge, where he was searched, Shandles said. During the search, the officer also found about 10 grams of marijuana, which had been divided into seven bags.

Davis’ bond was raised from $7,500 to $10,000, and a judge ordered he undergo a substance abuse assessment and stay off school property. The judge also imposed a 6 p.m. to 6 a.m. curfew on Davis.

The incident involving Davis was the second to be reported at Garner Magnet High School in the past month. On Feb. 16, parents were told that a student had been suspended for a full year for bringing a gun to school.

The incidents are among several reported in recent weeks as authorities crack down on school threats following the mass shooting at a Florida high school last month.

A Knightdale High School student who tweeted a photo of himself pointing a gun and tagged Wake County Public Schools was charged with disorderly conduct toward a school and possession of a handgun by a minor.

A Gray's Creek High School student, arriving late to class, allegedly told a teacher he planned to bring a gun to school.

A Pine Forest High School student told classmates “there will be a school shooting tomorrow” and was charged with making a false threat of mass violence on educational property.

A Douglas Byrd High School student faces the same charge after fellow students reported that he claimed, "I have an AR-15, and I'm going to shoot y'all" during a school bus ride.