Problems with toll road bill not so quick to resolve 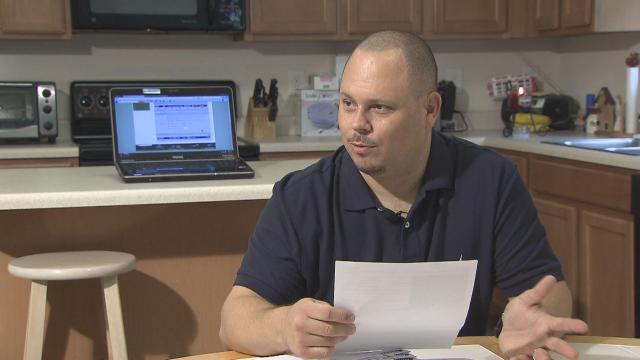 Raleigh, N.C. — Fighting a bill that's not yours is bad enough, but fighting it for eight months, some would call ridiculous. Especially when month after month, you're told it's taken care of, only to see another bill arrive in the mail.

It's the frustrating situation a Raleigh man emailed 5 On Your Side's Monica Laliberte about.

Jerry Hester received the first bill for the Triangle Expressway toll in January.

"They said we'll take care of the bill, it's gone we'll send the bill to the right person," Hester said. "And probably the next month, I received another bill in the mail."

The problem? One letter was off on the license plate.

He turned in his tag to the Department of Motor Vehicles in 2004. He told us he's made many calls to NC Quick Pass.

"They said, `Well if you don't pay the bill, they will add fines and fees and things like that onto it,'" Hester told us. "I said, 'But it's not my bill,why should I pay it?'"

Because of the mess, Hester got a letter from the DMV proving the car and tag are not his. He says NC Quick Pass staff then gave promise after promise the situation would be handled.

"So they told me it was taken care of then, and I think that time was in February," Hester said.

But the bills kept coming and coming. With penalties adding up, in eight months the original 77-cent bill increased to $55.77.

5 On Your Side called NC Quick Pass.

We were told clearly, human error is to blame for misreading the license plate.
As for the promises that it was taken care of month after month, Quick Pass is following up.

But after our call, Hester's charges are finally cleared.

He told us he went online and his account now shows a zero balance. He's thrilled but still has a suggestion for NC Quick Pass on how to keep others from getting erroneous bills.

"I said maybe you guys should change it to where there are people at the toll booth that take the money instead of taking photos and relying on people to get it right."

A spokesman for NC Quick Pass told us they added a review process. All license plates now get read twice.