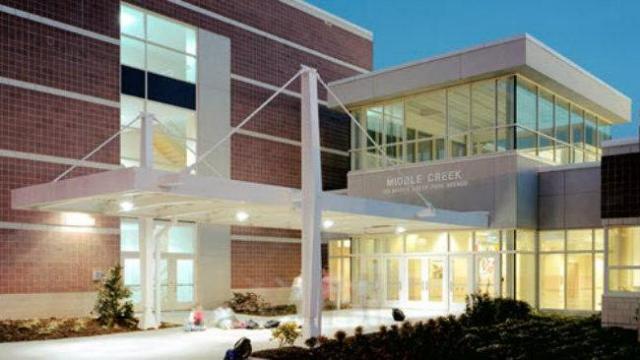 Apex, N.C. — False rumors of a threat to the campus spread after Middle Creek High School experienced an unusual number of fire drills this week.

In a letter sent to parents and students, Middle Creek principal Wade Martin confirmed that an investigation has discredited the rumored threats.

According to Martin, the high school's fire alarm went off four times this week. One was a required monthly fire drill, but individuals found responsible for the other three alarms were identified. The three "false alarms" are unrelated to any threat, according to the school. The letter states that rumors of a threat circulated largely due to students making comments and posting on social media that the unusual number of alarms were concerning.

"We greatly appreciate the students and parents who took action and notified us immediately of what they had heard or saw on social media," said Martin. "Please encourage your student to not perpetuate the rumors by reposting and sharing information on social media."

Rumors of threats have been a weekly occurrence at schools in the Triangle and across the nation following the tragic February shooting that took place in Parkland.

The principal said the school will continue working with campus security and the Cary Police Department to investigate any threats.