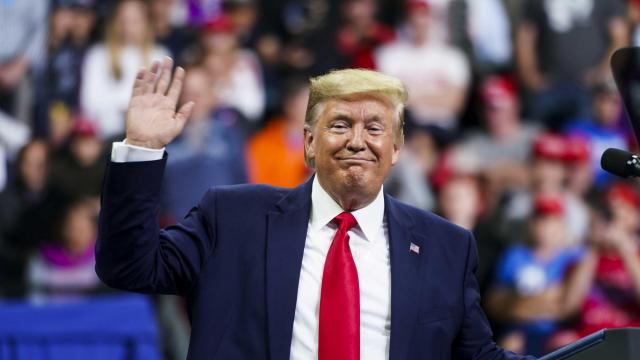 "Purple Rain" was played during the rally in the music legend's hometown and the estate was quick to respond with a tweet. "The Prince Estate will never give permission to President Trump to use Prince's songs."

This isn't the first time the estate has asked the Trump campaign to stop playing Prince's music.

It reads: "... to avoid any future dispute, we write to inform that the Campaign will not use Prince's music in connection with its activities going forward."

The Trump campaign has heard this tune before. "Stop playing our music."