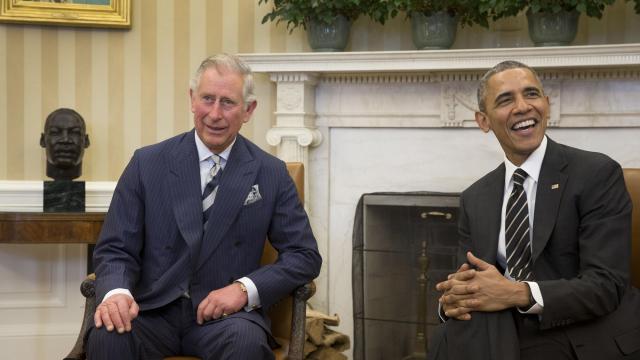 LONDON — Prince Charles has not been afraid to speak his mind on topics like historical preservation, climate change and alternative medicine. But as king, should that come to pass, it would be a very different matter, he acknowledged.

“I do realize that it is a separate exercise being sovereign,” the prince said about his activism in a documentary, expected to air on the BBC Thursday night, on the occasion of his 70th birthday next week.

“The idea, somehow, that I’m going to go on in exactly the same way, if I have to succeed, is complete nonsense because the two situations are completely different,” he said, referring to the roles of heir and king.

The interview offers a rare glimpse of what Charles might be like as king, and is perhaps an effort to assuage critics who have worried that he would diverge from British monarchs, who are bound by tradition to reign, not rule, over their subjects. His aides have suggested in the past that he would be more outspoken as king than his mother has been.

His mother, Queen Elizabeth II, now 92, was crowned in 1953, and is the longest-serving British monarch, having surpassed Queen Victoria in 2015.

Though many in the British public — and around the world — follow the lives of the royal family closely, any strong personal views that Queen Elizabeth might hold have largely remained private in her nearly seven decades as sovereign. Her opinions on matters of government and other issues have been concealed behind a polite smile and signature wave.

As head of the Prince’s Trust, an organization that helps vulnerable young people find work and training, Charles has followed the example of other royals, whose public actions focus on charitable causes.

But he has weighed in publicly on climate change (humans have “abandoned our connection with nature”); sustainable agriculture (he has lamented the effects of “modern intensive farming systems”); and modern architecture (he denounced a planned extension to the National Gallery as a “monstrous carbuncle”).

That has brought criticism and accusations that he is using his influence as a member of the royal family to sway government policy. In 2006, he called on governments around the world to open up to alternative medicine — just as an influential group of medical doctors in Britain urged the National Health Service to stop providing them.

In 2015, after a long legal battle, the Guardian forced the government to release private letters that ministers and other officials had received from the prince. Even if that correspondence contained little proof of what the prince’s critics have described as meddling, his candid discussion of topical issues swerved from political custom.

As king, Charles may have another hurdle to overcome: his popularity lags behind the queen’s as well that of his sons, William and Harry.

“Whereas the queen has been the most exemplary monarch and has kept the monarchy much in people’s esteem, I think Charles would undermine it,” Tom Bower, the author of an unauthorized biography of Prince Charles, told Reuters. The book, “The Rebel Prince,” published in the spring, has cast the prince as a short-tempered and selfish person who, unlike his mother, enjoys the luxuries provided by his position.

Still, the biggest blow to Charles’ popularity was his divorce from Princess Diana, the mother of his children, in 1996. She died in a car accident the following year.