Warren came out to the roar of the crowd, and she wasted no time pushing her agenda. Some of her talking points included rebuilding the middle class, addressing corruption in Washington, D.C., raising the minimum wage to a livable wage and working to eliminate student debt. 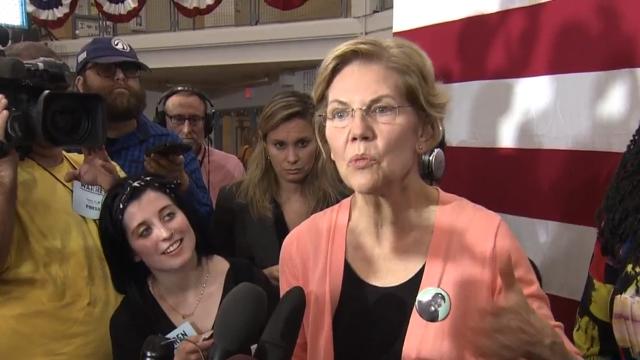 She also drew large cheers from the crowd when she shared she wanted to put an end to gerrymandering in North Carolina and across the country.

“Everyone of these structural changes has a way to pay for it," Warren said. "I want to make this real.

"I started with a two-cent wealth tax that is for above those who earn $50 million or more, the top one tenth of one percent. That pays for universal child care, pre-K, raises wages of child care work and pre school and puts $800 billion in our public schools.”

Warren continues her campaign run in South Carolina, where she will speak Friday at a high school there and hold a town hall meeting.

“Whether it’s supporting the impeachment witch hunt against President Trump or tax hikes to pay for her plans, North Carolinians will reject Warren's socialist agenda. Warren should go back to work on the real issues Americans care about, like securing the border and passing the United States, Mexico, Canada Agreement."