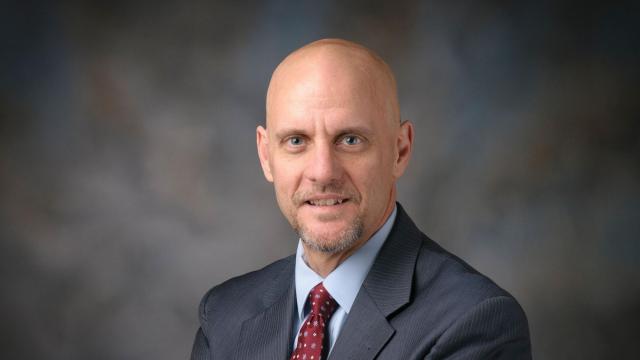 CNN — President Donald Trump is expected to nominate Dr. Stephen Hahn to be the next head of the US Food and Drug Administration.

The acting commissioner of the FDA, Dr. Ned Sharpless, will return to his role as the director of the National Cancer Institute, according to a press release from the US Department of Health and Human Services.

By law, Sharpless was only allowed to serve a total of 210 days under the Federal Vacancies Reform Act. His tenure ended Friday at 5 p.m. ET.

Asked to describe himself when he was appointed to the leadership position at MD Anderson, Hahn used one word: "Energetic."

The 59-year-old will need that energy to run an agency that employs more than 17,000 people and has a $5.7 billion budget.

Helping run the daily operations of MD Anderson, Hahn currently manages a $5.2 billion operating budget, 20,300 employees, 7,000 trainees and more than 3,000 volunteers, according to the hospital.

MD Anderson is one of the world's largest cancer centers. It is ranked No. 2 in the country as a high performing hospital, according to the U.S. News & World Report "Best Hospitals" survey.

It cares for more than 141,000 patients in 2018. It is known as a leading cancer research center, earning the most number of grants from the National Cancer Institute, according to the center. Its staff even includes a 2018 Nobel Prize winner.

At MD Anderson, Hahn had a good reputation for turning its budget around. The center faced serious financial losses in 2016, according to the Houston Chronicle. The paper said when Hahn noticed the problem, he "laid out a slide presentation to top officials that showed the elite Houston hospital was on track to lose up to $450 million in the new fiscal year without swift and decisive action."

"We were in a financial crisis, if you will, and that we had to move in a certain direction," Hahn told the Cancer Letter in 2017 in an extensive interview about that time in his work. He oversaw the largest layoffs in the cancer center history, but the center moved back into solid financial territory.

Money challenges weren't the only test of Hahn's leadership. This year, when MD Anderson received notification from the Centers for Medicare and Medicaid Services that it could become ineligible for reimbursements after investigations found violations with its labs, Hahn publicly promised to fix the problems and took responsibility. MD Anderson explained that corrective action is ongoing, according to a letter MD Anderson sent CMS.

Hahn was first brought to MD Anderson in 2015 to run its radiation oncology division and was appointed chief medical executive in June 2018.

Before his work in Texas, Hahn was chairman of radiation oncology at the University of Pennsylvania School of Medicine from 2005 to 2014. As vice chairman for research, he led the expansion of the department's research base, which regularly ranked first or second for NIH funding, according to the school.

In 2009, Hahn testified on Capitol Hill, taking responsibility for a doctor who worked for him who had botched the prostate cancer care of dozens of military veterans, according to Hahn's testimony. He asked the doctor to resign and created a new system to prevent future mistakes.

As a clinician, Hahn specialized in treating lung and genitourinary cancers. He is listed as an author on more than 200 peer-reviewed journal articles and other publications that focus on topics including proton therapy, radiotherapy and cost-effective treatments.

In the early 1990s, Hahn worked in Santa Rosa, California, as a medical and radiation oncologist, and took a leadership role early in his career as chief resident of internal medicine at the University of California, San Francisco. He worked from 1993-1995 in Bethesda, Maryland, as chief of the National Cancer Institute's prostate cancer clinic.

Hahn graduated with a bachelor's degree in biology from Rice University in 1980. He went to medical school in Philadelphia at Temple University, graduating in 1984.

The same year he graduated, Hahn married Lota Leigh Morning at the First Presbyterian Church of Allentown, according to the local paper at the time. Hahn told MD Anderson that the worst advice he was ever given was to "never get married."

"If I'd listened to that advice, I'd have missed spending my life with my best friend," he told MD Anderson.

The couple have four children and a rescue dog.

Their online presence shows a love of wine and travel to Italy. He told MD Anderson that he gets up at 4 a.m. every day to read and work out, and if he wasn't a doctor, he'd be running a vineyard.

Hahn has been a Republican donor, according to Federal Election Commission records. Unlike some other FDA leaders, Hahn has received very little money from the medical device and drug industries. According to CMS' Open Payments database, Hahn received $1,021.40 in lodging and travel money from a radiation oncology device company in 2017 — much less than others in his field, according to the report.

To get the top FDA job, Hahn will have to be approved by the Senate. He would inherit an agency that since March has been going through an agency-wide reorganization.

Sharpless has been the acting FDA commissioner since April and had the backing to become the agency's permanent head by dozens of medical associations and past FDA commissioners who sent letters to the White House advocating on his behalf in September.

The agency is managing a vaping crisis that has killed at least 37 people nationwide and has raised real concerns about the safety and regulation of e-cigarettes. The country's opioid crisis has 1.7 million Americans struggling with addiction and there were more than 70,200 overdose deaths in 2017, according to the CDC. There are also challenges involving delays in drug approvals, as well as problems with the manufacturing safety of drugs.

On Friday, medical associations praised Hahn for his work.

"For several years, I served with Dr. Hahn on a National Cancer Institute study section, and I always found him to be an extremely thoughtful and science-oriented grant reviewer," said American Association for Cancer Research President-elect Dr. Antoni Ribas, in a statement. Ribas is a professor of medicine at the University of California, Los Angeles. "He has always put the interests of patients first, by embracing the importance of regulatory science to truly inform and improve the way new cancer medicines are evaluated for safety and efficacy."

"We welcome the nomination of a permanent FDA commissioner at a time when the agency's role to protect and promote public health is only growing in importance," said American Heart Association CEO Nancy Brown in a statement. "Should Dr. Hahn be confirmed, we look forward to working with him to aggressively advance public health priorities in areas including tobacco control, nutrition, drug and device development and review and more."

Correction: This story has been updated to reflect that President Donald Trump has not yet nominated Dr. Stephen Hahn.