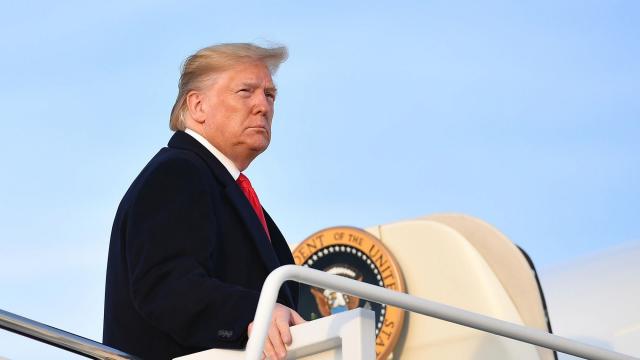 CNN — President Donald Trump arrived in Afghanistan Thursday for a surprise Thanksgiving visit to US troops and announced peace talks with the Taliban have restarted.

It was his first trip to the country and his second visit to US troops overseas in a war zone following a trip to Iraq at the end of last year.

Trump had announced an end to formal talks with the Taliban in September 2019.

After his arrival, Trump held a bilateral meeting with the President of Afghanistan, Ashraf Ghani.

There are about 12,000 US troops currently serving in Afghanistan in a conflict triggered by the terrorist attacks of Sept. 11, 2001, that has claimed more than 2,300 American lives and cost billions in taxpayer dollars.

The visit comes amid unprecedented tensions between the President and senior military officers after the ouster of Navy Secretary Richard Spencer.

This story has been corrected to reflect Melania Trump is not traveling with the President.