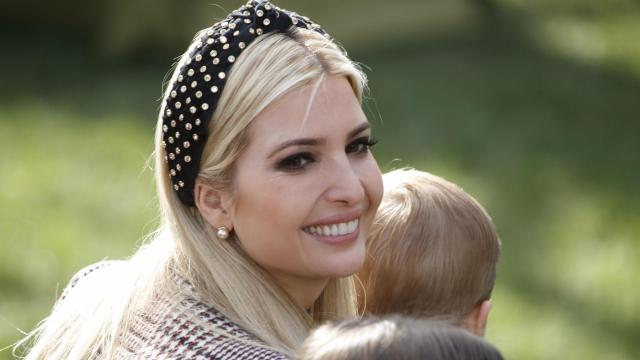 WASHINGTON — President Donald Trump, who campaigned in 2016 by aggressively criticizing Hillary Clinton’s use of a private email server, dismissed as “fake news” on Tuesday questions about a similar practice by his daughter Ivanka Trump during her early days working in the White House.

A White House review showed that Ivanka Trump sent dozens of government-related emails to and from a private account, and hundreds related to her West Wing schedule, in the first half of 2017.

The review promptly caught the attention of House lawmakers. Rep. Elijah Cummings, D-Md., who is expected to lead the House Committee on Oversight and Government Reform next year, said on Tuesday that he planned to investigate the matter, and the outgoing chairman, Rep. Trey Gowdy, R-S.C., asked for details about the review’s findings.

“Ivanka can handle herself,” the president said. “These are all in the historical records.”

He said his daughter’s use of a personal email address was “unlike Hillary Clinton” because of the private server that Clinton had in her house. “This was just early on when she came in,” Trump said of Ivanka Trump’s emails. “And it’s all fake news,” he added, using his favorite term for coverage he does not like.

The president made the remarks to reporters as he left the White House for his vacation at his private club, Mar-a-Lago, in Palm Beach, Florida.

Democrats accused Donald Trump of hypocrisy, saying that while the volume of emails sent from a private address was much greater in Clinton’s case, the basic alleged violation of law was the same.

Last year, members of Congress began a bipartisan inquiry into the use of private email accounts by officials in the White House after Ivanka Trump’s email use, as well as that of her husband, Jared Kushner, was revealed. But they received little cooperation.

“My goal is to prevent this from happening again — not to turn this into a spectacle the way Republicans went after Hillary Clinton,” Cummings said. “My main priority as chairman will be to focus on the issues that impact Americans in their everyday lives.”

In a letter to John Kelly, the White House chief of staff, Gowdy asked how many emails sent from Ivanka Trump’s private account touched on official business and whether any contained classified information. He also asked the White House to certify that the emails in question had been properly preserved and archived as outlined in the Presidential Records Act.

Gowdy, who played a key role in uncovering Clinton’s use of a private email server for government business, did not request copies of Ivanka Trump’s emails themselves.