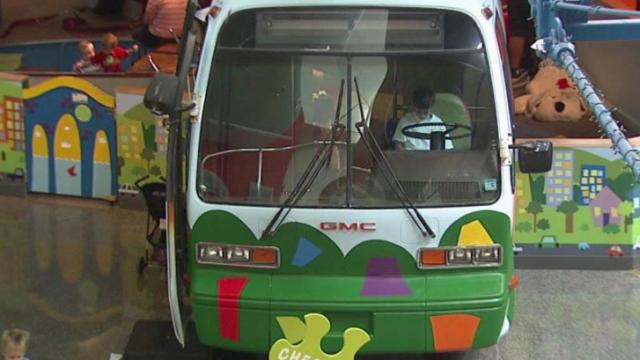 Responding to parent requests, Marbles Kids Museum has scheduled a preschool camp during spring break and a special overnight camp-in for girls.

I spoke with Diane Rokuskie, camp programs coordinator, and Kristi Heckel, camp administration coordinator, this week who gave me the skinny on both.

Marbles holds camps for preschoolers ages 3, 4 and 5 (but not yet in kindergarten) during the summer. And it has held camps for that age group during winter and spring break. This year, they had opted not to hold one during spring break. Let's just say parents didn't agree with that decision.

Diane and Kristi told me parents were "literally clamoring" for the camp. Marbles responded. The daily, half-day camp runs April 18 to April 22 though April 18 is already sold out. Hours are 9 a.m. to noon with an optional lunch bunch from noon to 1 p.m. It's $23 per day for Marbles members and $26 per day for non-members. The lunch bunch hour is another $5 per day.

I'm told even just one day at the camp is a great way to get kids used to camps at Marbles especially if they're signed up for a week of camp in the summer. They'll see the same people and experience the same routine. Click here for details.

Slots also are going quickly for the American Girl Doll Camp-In which is 6 p.m. April 2 to 9 a.m. April 3. Girls and their female adults - moms, aunts, grandmas, friends who must be over the age of 18 - are invited to camp out overnight at Marbles and enjoy all kinds of American Girl doll-related activities. There will be a hairdo clinic for the dolls. Girls can make a special blanket and pillow for their doll, create matching jewelry and make customized cupcakes. There's a nail polish spa for the girls and adults. A dance party, followed by a story time and bedtime snack end the evening.

Other activities will mirror the ideals of American Girl dolls such as staying healthy, being a good friend and telling your story.

Marbles has been doing similar camp-ins for groups such as scouts or Y-Guides and Y-Princesses, but never one for the general public. Diane and Kristi, however, tell me that they often hear from parents who aren't part of those groups but wanted to take their kids to a camp-in at Marbles. So this is what they came up with.

The cost for the American Girl Doll Camp-in is $40 per person and includes dinner, snack, breakfast and IMAX movie. Adults are welcome to bring air mattresses or pads (comfort is encouraged). An adult should be responsible for no more than five kids for the evening.

And last, but not least, girls do not need to have an American Girl doll to attend the event. Activities will be themed to dolls that are the size of American Girl dolls, but Diane and Kristi tell me that any well loved doll is welcome.

If things go well, look for a similar event next year.