Thousands turn out for Triangle Race for the Cure 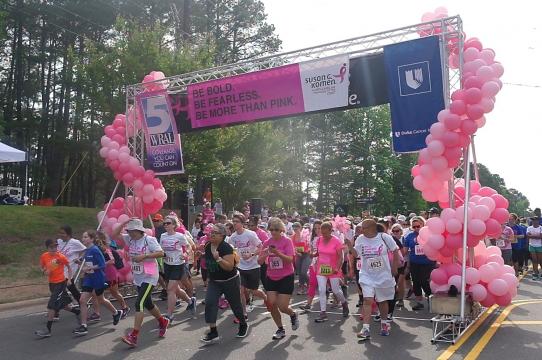 The competition began at 8 a.m. with a timed 5K, a recreational 5K followed at 9:30 a.m. Almost 10,000 people were expected to participate in the event at The Frontier at Research Triangle Park.

Before, between and after the races, participants enjoyed food trucks, a beer garden, family games and musical entertainment.

Mike Duffield, the emcee of the event, said his wife, Linda, died about two months ago from breast cancer after an eight-year battle.

"She just lived her life," Duffield said. "She's not here with us now, but she's not in any pain. So, our goal is to try to make sure we keep raising money so that we don't have to deal with this anymore, that we find a way to cure this insidious disease and just get it off the face of this earth."

To date, Komen NCTC has raised more than $18 million, with 75 percent of those funds going back to the local community to support breast health education, screening, treatment and support programs for women and families affected by breast cancer. The remaining 25 percent supports cutting-edge national breast cancer research, which in 2017 the University of North Carolina at Chapel Hill and Duke University were awarded over $1 million in funding to find the cures to breast cancer. 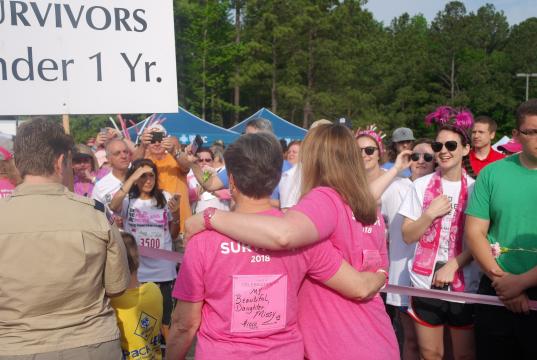 Between races, Komen North Carolina Triangle to the Coast honors breast cancer survivors with a parade, tributes to those lost and uplifting reminders of where the money goes.