Premiums for popular Obamacare plans to soar 37% for 2018 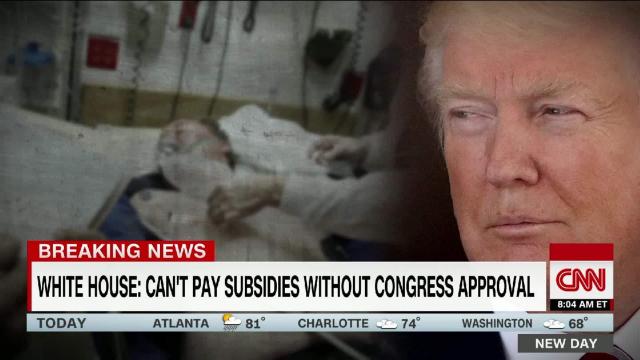 NEW YORK (CNNMoney) — Premiums for the benchmark silver Obamacare plan will soar 37%, on average, for 2018, according to federal data released Monday.

But in a strange twist, policies could actually become more affordable for many people buying on the exchange. That's because the price spike means many enrollees will receive more generous premium subsidies, so they can now afford gold policies with lower deductibles.

In the annual landscape report, the Trump administration highlighted many of the negative developments that will plague Obamacare next year. The data covers the more than three dozen states that use the federal exchange, healthcare.gov.

The steep premium hike means a 27-year-old will pay nearly $5,000 a year, on average, for the benchmark silver plan, upon which subsides are based. That's up from $2,600 when the Obamacare exchanges opened in 2014.

Premiums are skyrocketing for a second year in a row. Rates rose 24% this year in the states using healthcare.gov.

The price of Obamacare plans has increased sharply over the past four year, partly because enrollees were much sicker and costlier than insurers expected. But the exchanges showed signs of stabilizing this year after the most recent price hike.

Premiums are spiking again in part because President Trump stopped reimbursing insurers for another key Obamacare subsidy, which they are still required to provide by law. These cost-sharing subsidies reduce deductibles and co-pays for lower income enrollees. Insurers increased their premiums to make up for the loss of federal funding.

Also, consumers will have fewer choices on the exchanges.

Some 29% of enrollees will only have one insurer offering policies, up from 20% this year and 6% in 2016. Eight states will have only one insurer, up from five states this year.

Are you shopping for individual policies either on or off the Obamacare exchanges for 2018? Tell me about it. You could be featured in an upcoming CNNMoney story.