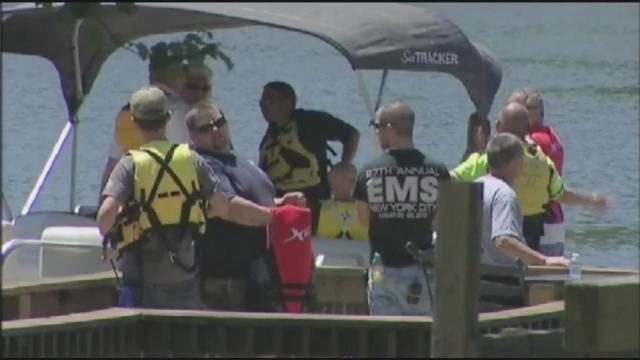 LEXINGTON, N.C. — A pregnant woman and her 3-year-old son were killed Saturday when their family's pontoon boat collided with a powerboat on High Rock Lake in Davidson County, authorities said.

Wildlife officials said a speedboat collided and went over the top of a pontoon boat around 12:30 p.m. Saturday on the northern part of the lake near Linwood.

Melissa Chambers Britt was ejected from the boat and found about five hours later. Her son, William Jaiden Britt, died at a local hospital. Two other people on the boat were also taken to a local hospital but were expected to survived.

There were four people on each boat, authorities said, and no one on the speedboat was injured.

Officials are trying to determine what caused the collision. Speed and alcohol are not believed to be factors.