There are plenty of good reasons to buy a new luxury vehicle, including the cachet a luxury brand might bring along with the expected high level of style, performance, comfort and technology. However, new cars are notorious for losing much of their value in the first few years.

According to Cargurus.com, an automotive research and shopping website, the average new car depreciates at a rate of 15 to 20 percent per year for the first three years. The brunt of this depreciation is felt by the initial owner, after which luxury vehicles actually retain their value very well -- far better than lower-end vehicles.

Besides having better long-term value retention, there are a number of other reasons to consider buying a pre-owned luxury vehicle.

"There is a reason new luxury vehicles have a higher sales price," said Mark Arsen of LeithCars.com. "They are designed to attract and satisfy those with higher-end tastes. They have powerful engines, beautifully crafted aesthetics, the latest gadgets and are more reliable because of higher quality parts. Being able to get your hands on vehicles like this a few short years after they've rolled off the lot should be very tempting to smart consumers who appreciate the finer things."

Luxury Vehicles at a Bargain

German and British vehicles are among the most iconic luxury brands. Manufacturers like BMW, Mercedes-Benz, Audi, Jaguar and Land Rover are well-known examples of this cross-Atlantic prestige, and many can be purchased for a fraction of their original asking price. 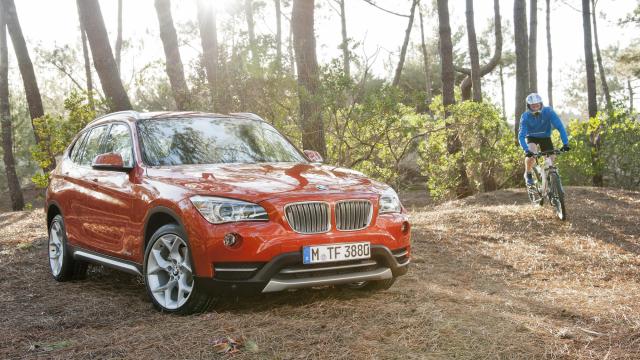 The 2013 BMW X1 is a smaller SUV that was popular overseas and BMW recently released for the American market. The original MSRP was around $26,000 when new, but you can now find pre-owned models for around $16,000 depending on current market conditions.

The 2014 Mercedes-Benz C250 is a smaller luxury car with an impressive resume, gaining the number three position in its class that year. The original MSRP for the 4-cylinder turbocharged sedan nearly hit the $40,000 mark, but some C250 sedans can be found pre-owned for as little as $23,000, depending on options and other market factors.

The 2013 Jaguar XF has a powerful engine to go with it’s mid-size sport luxury sedan chassis. Going new for just under $47,000 MSRP, depending on the model, certain pre-owned XFs are on the market now for around $23,000.

"It's really remarkable how affordable these very high-end luxury vehicles become so quickly after their first owner," Arsen pointed out. "Many people miss out on the value of these deals because they assume there's a catch. In reality, that skepticism is partly what keeps the prices for pre-owned luxury vehicles such a bargain."