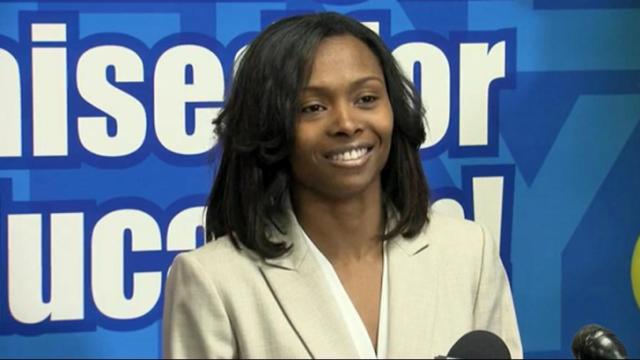 Shallotte, N.C. — Marie Holmes, winner of $88 million in March playing Powerball, made a Christmas gift of $680,000 to the church she has attended since she was a girl.

Holmes, a 27-year-old single mother from Brunswick County, won $188 million, but opted to take a lump sum of $127 million. After taxes, she went home with $88 million.

When her prize was announced, Holmes said she planned to tithe, or give 10 percent of her winnings to charity. Her gift to Pleasant Hill Missionary Baptist Church will pay for long-overdue repairs and renovations to the church and its equipment.

Holmes' aunt, Carmel Wheaton, said five generations of her family have been members of Pleasant Hill, a 130-year-old church located in Brunswick County about halfway between Shallotte and Ocean Isle. The predominantly African American church has about 400 members and about 135 regular attendees, Pastor Rev. Dr. Vaughn Cherry said.