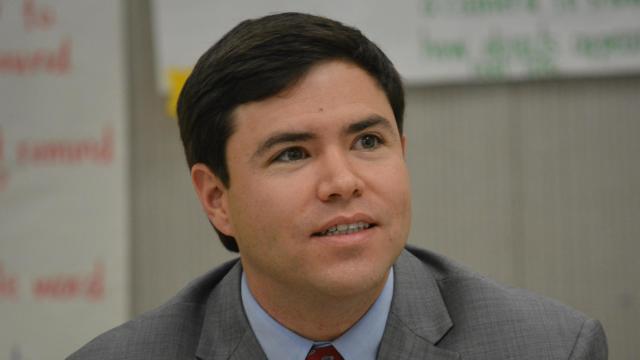 Raleigh, N.C. — The state superintendent and State Board of Education are each claiming victory in Friday's court ruling over their ongoing power struggle for control of the Department of Public Instruction and the $10 billion public school system.

About an hour later, attorneys for the state board said they were pleased with the court's decision, explaining that it "reaffirms that the State Board of Education – and not the Superintendent of Public Instruction – has the ultimate authority under the Constitution to supervise and administer the state’s public school system."

At issue in the court case was whether Republican lawmakers should have been allowed to transfer the state board's powers to Johnson in December 2016 – a month after Johnson, a Republican, was elected. He had been blocked from assuming that power as the case worked its way through the court system, and he and the state board have repeatedly clashed during that time.

Citing the ruling, attorneys for the state board said that while the court's decision "stopped short of invalidating this particular legislation on its face, the court unanimously declared that the board has the final say on ‘the mechanics of the relationship between the Board and the Superintendent, as well as how their respective departments will operate internally.'"

In his statement, the superintendent said he is looking forward to putting the lawsuit behind him and working with the state board.

"While it is unfortunate that it took more than a year and hundreds of thousands of taxpayer dollars to resolve this matter, the positive news is that we will be able to utilize the data-driven analysis to reorganize DPI to help the agency focus on its core mission of supporting educators, students, and parents across North Carolina," Johnson said.

The state constitution states the education board "shall supervise and administer the free public school system and the educational funds provided for its support," except fines and penalties that go to county school districts, "subject to laws enacted by the General Assembly."

The constitution describes the superintendent only as "the secretary and chief administrative officer of the State Board of Education." The superintendent's seemingly lesser role has been the norm since North Carolina's post-Civil War constitution was adopted 150 years ago.

What made the lawsuit unusual in politically divided Raleigh was that Johnson, most legislators, the school board's majority and some lawyers involved in the case were Republicans. But GOP lawmakers have championed Johnson's 2016 election, even giving him $700,000 to hire staffers loyal to him without needing to get the board to sign off on their hiring.