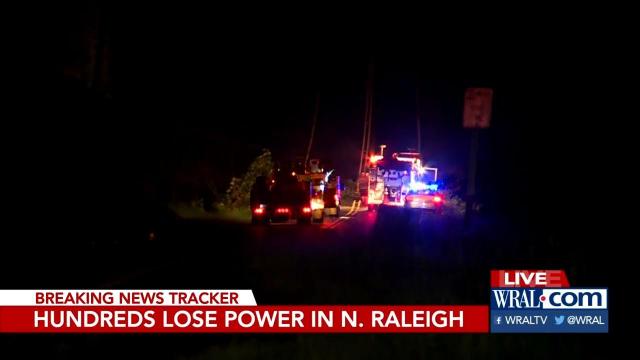 Raleigh, N.C. — Duke Energy and other officials were on the scene after a tree brought down power lines on Creedmoor Road on Wednesday.

The Highway Patrol confirmed to WRAL a tree fell and struck two vehicles but there were no injuries. WRAL's Rosalia Fodera reports Creedmoor Road was closed in both directions between Norwood Road and Mattlyn Court.

The road was expected to be closed until sometime around 3 a.m. Thursday as crews restored power, installed two new poles and cleared the tree. There was a report of hundreds of people without power but as of 10:30 p.m., the number of was down to 186, per Duke Energy.