Fire at Clayton warehouse estimated at $1.5 million in losses

A fire broke out at Byrd's Wholesale Inc. at about 7:30 p.m. and about 50 firefighters from six departments were called in to fight the flames. 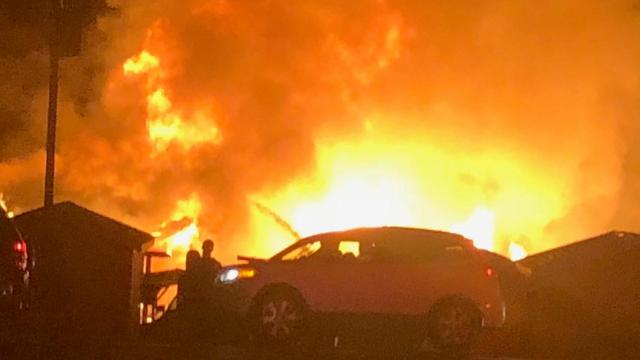 Winpy Byrd, the owner of the business said the property is used to build utility buildings and houses and holds building materials, including sheet rock, insulation and plywood.

Johnston County Fire Marshal Adam Stanley estimated the value of combined loss of the building and its contents at about $1.5 million.

Authorities said the large quantity of building material inside the large warehouse, as well as the need to close a major road to get water across to the building, made battling the fire challenging, but the blaze was under control by about 10:30 p.m.

Firefighters are expected to remain at the scene overnight and into Friday morning.

Byrd said he son rebuilds airplanes and has about five on the property.