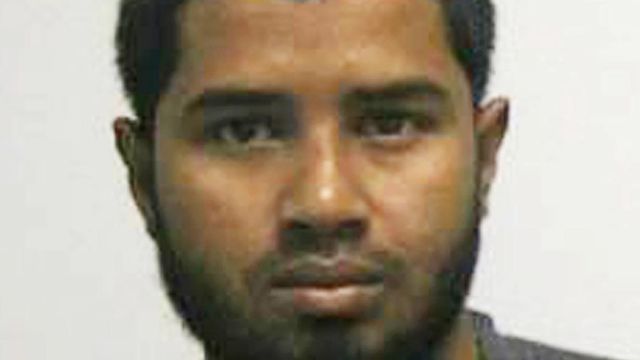 NEW YORK — After a Bangladeshi immigrant detonated a homemade pipe bomb last December in a crowded subway corridor near the Port Authority Bus Terminal, he admitted his role in the attack, the government said, telling investigators, “I did it for the Islamic State.”

But on Tuesday, as testimony in the trial of the man, Akayed Ullah, began in Manhattan, his lawyer presented a different theory: She told the jury that her client had tried to blow himself up in a misguided suicide attempt. It had nothing to do with the Islamic State, she said, and he intended harm to no one but himself.

“What this case is about is a young man — a deeply troubled, isolated young man — who wanted to take his own life,” the defense lawyer, Julia L. Gatto, said in her opening statement.

In contrast, a federal prosecutor, Rebekah Donaleski, said the evidence would show that Ullah not only embraced a radical and violent ideology and studied how terrorist groups like ISIS attack Americans, but he also researched how to build a bomb and use screws as shrapnel to maim and kill civilians.

“The defendant chose Monday morning rush hour for one reason,” Donaleski said. “To terrorize as many people as possible.”

Ullah, 28, of Brooklyn, was the person most seriously injured in the Dec. 11 episode after the makeshift weapon strapped to his body malfunctioned. But the blast filled parts of the terminal with smoke, sent thousands of frightened commuters fleeing and disrupted rush hour as the police converged on Times Square and nearby streets.

In the chaos, Ullah was subdued by Port Authority police officers and taken to Bellevue Hospital, where he waived his right to remain silent and said he had carried out the attack because of the U.S. government’s policies in the Middle East, prosecutors have said.

The trial comes amid tension over terrorism in the United States, about a week after a Florida man mailed pipe bombs to prominent Democrats and critics of President Donald Trump and a few days after a gunman killed 11 people at a synagogue in Pittsburgh.

Ullah’s case is also one of several in New York in recent years in which the authorities have said that a so-called lone wolf terrorist, inspired by foreign terrorist organizations, carried out an attack on civilians. It came just weeks after an Uzbek man, Sayfullo Saipov, was charged in a truck attack in October 2017 that killed eight people on a crowded Manhattan bike path.

Donaleski told the jury that Ullah had reviewed online Islamic State propaganda videos, including one encouraging ISIS supporters who could not travel overseas to “take the fight to where you were, including here in America. The defendant did just that.”

Ullah has been charged with providing material support to the Islamic State, using a weapon of mass destruction and other counts; if convicted, he could face life in prison.

Donaleski meticulously described how Ullah, an electrician, built the bomb in his Brooklyn apartment, using a pipe, wires and screws he had taken from his workplace, a construction site a few blocks from the Port Authority Bus Terminal.

He filled a metal pipe with screws and broken Christmas tree lights and mixed an explosive powder that included ground-up match heads, she said. Then he threaded wires into the pipe and used zip ties and duct tape to attach it to his chest, Donaleski explained. He slipped a wire from the bomb into a hole in his right pants pocket and connected the wire to a 9-volt battery, she said.

While riding the A train to the Port Authority Bus Terminal, he posted a message on Facebook, which read, “Oh, Trump, you failed to protect your nation,” she told the jury.

In court, Ullah sat impassively at the defense table, even when prosecutors played a security video that showed the blast and him falling to the ground as commuters ducked and shielded their ears. Ullah seemed to watch more intently as the jurors passed around the jagged pipe recovered from the scene.

Although no one was killed in the attack, one witness, David Wall, 65, of Hewitt, New Jersey, testified that he was left with shrapnel in his right leg and serious hearing problems.

Wall said he was walking directly in front of Ullah. The force of the blast pushed Wall forward, and he clutched his ears.

Almost a year later, Wall said he still had difficulty riding the subway.

“Train after train goes by,” he said. “I don’t get on. And when I get on, I get off way before my stop, just to get up aboveground sometimes, just to walk. It’s tough.”