Popular Durham coffee shop closes one of its locations 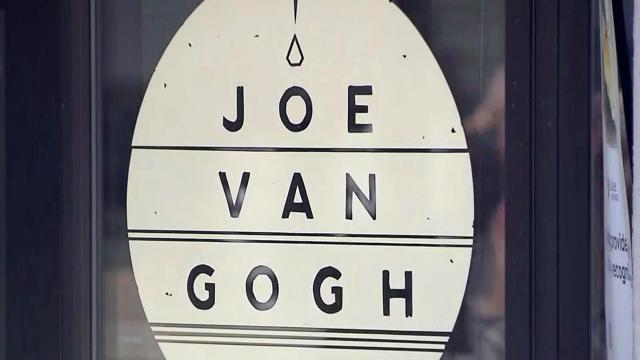 The cafe's location in the West End area at 1114 W. Chapel Hill St. is closed, but its other Durham locations on Broad Street and in the Woodcroft Shopping Center will continue to operate.

"When our lease at West End ended on May 31, we decided that our focus should remain on our more-established Durham stores. Our customers throughout the community have been very supportive of our re-openings on Broad Street and at Woodcroft Shopping Center, and we feel like they and we are best-served by concentrating fully on those stores," Joe Van Gogh Director of Marketing Lane Mitchell said.

Joe Van Gogh also has locations in Raleigh, Chapel Hill and Greensboro. Its origins date back to 1991 when owner Robbie Roberts was starting out in the coffee industry.

According to the company's website, Roberts opened his first coffee shop, Cup of Joe in Raleigh, in 1991 with a former graduate school roommate. While he sold his stake in the shop, he retained the name. He bought a new coffee roaster and opened Cup A Joe on Tate Street in Greensboro in 1994. A second location followed at the Timberlyne shopping center in Chapel Hill.

The roasting operation has since moved from Chapel Hill to Hillsborough and the company transitioned its name to Joe Van Gogh.