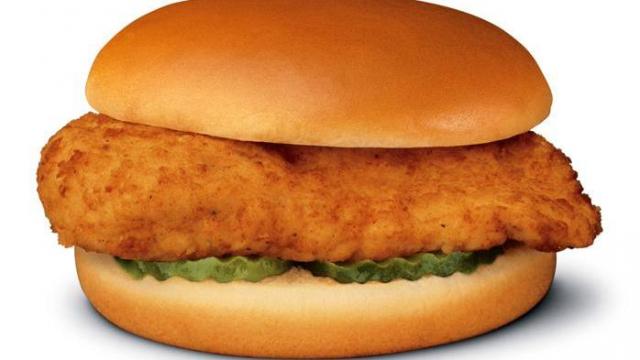 CNN — The rivalry between fried chicken sandwich giants Chick-fil-A and Popeyes reached a new level this week, when Chick-fil-A forgot what day it was and Popeyes was quick to take a dig.

Chick-fil-A sent out an email to its subscribers earlier this week to promote National Sandwich Day on November 3. The only problem: November 3 falls on a Sunday -- a day when all Chick-fil-A locations across the United States are closed.

"Calling all sandwich lovers," the email said. "Some prefer it grilled, others fancy the original. No matter which Chick-fil-A sandwich you love, order yours on November 3 for National Sandwich Day."

The company was quick to acknowledge the error and sent out another email to apologize.

"We recently sent an email that included a message about National Sandwich Day, which naturally we were very excited about. We didn't realize it falls on Sunday when we are closed. We apologize for the confusion and hope to see you soon (Monday-Saturday)," the email read.

Chick-fil-A poked fun at its own mistake.

"The cows sometimes get over-eager on their quest for self-preservation," Chick-fil-A said in the statement. "They have been reminded that Sundays are off limits."

While company representatives have since apologized for the mistake, competitor Popeyes saw the mishap as an opportunity to take a dig at Chick-fil-A. On October 31, Popeye's official Twitter account retweeted a print screen of Chick-fil-A's apology email and added a message: "seriously... y'all good?"

The blunder isn't the only reason Popeyes is paying attention to the National Sandwich Holiday. It announced earlier this week that its sought-after spicy chicken sandwich would return on November 3rd as a permanent item.