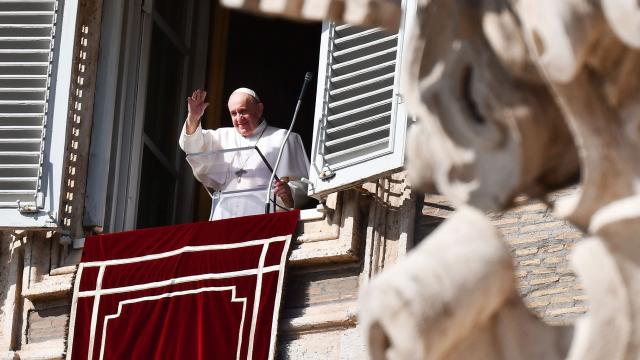 CNN — Pope Francis will travel to Iraq in March 2021, the Vatican press office announced on Monday.

His trip to the war-torn country could be his first outside of Italy since the coronavirus pandemic began. Francis is set to "visit Baghdad, linked to the memory of Abraham, the city of Erbil, as well as Mosul and Qaraqosh in the plain of Nineveh" from March 5-8, the Vatican communique said.

"The programme of the journey will be made known in due course, and will take into consideration the evolution of the worldwide health emergency," it added.

The Pope's visit "represents a historic event and support for all Iraqis of all sectors," Iraq's foreign ministry said in a statement. "It also represents a message of peace to Iraq and to the region as a whole, affirms the unity of the humanitarian position in confronting extremism and conflicts, and promotes diversity and tolerance. And coexistence."

The Pope has long sought a trip to Iraq, Vatican News reported Monday, and told a meeting of Catholic aid agencies last year that he wanted to travel there in 2020.

"I think constantly of Iraq -- where I want to go next year -- in the hope that it can face the future through the peaceful and shared pursuit of the common good on the part of all elements of society, including the religious, and not fall back into hostilities sparked by the simmering conflicts of the regional powers," Francis said during the June 2019 meeting.

Pope Francis met with Iraqi President Barham Salih at the Vatican on January 25 and they spoke about "preserving the historical presence of Christians in the country" and "highlighting the need to guarantee their security and a place in the future of Iraq," Vatican News reported.

On Monday, Salih called the planned visit "a message of peace to Iraqis of all religions."

"The journey of Pope Francis to Mesopotamia - cradle of civilization, birthplace of Abraham, father of the faithful - will be a message of peace to Iraqis of all religions & serve to affirm our common values of justice & dignity," Salih said in a tweet.

Around 1% of Iraq's population is Christian from a number of denominations. The country has seen an exodus of Christians in recent years as Iraq was wracked by cycles of violence, including the rise of ISIS. Extremist groups have repeatedly targeted churches since the 2003 US invasion triggered over a decade of civil unrest.

Prior to the outbreak of the coronavirus pandemic, Pope Francis visited several Muslim-majority countries, including the United Arab Emirates. His trip to the UAE in February 2019 marked the first-ever visit by a pontiff to the Arabian peninsula.

Despite its shrinking Christian population, Iraq figures heavily in the Bible. The Tower of Babel, Abraham's plains of Ur, the Garden of Eden and other biblical places are located in Iraq.