Raleigh, N.C. — New data from the state Commerce Department shows economic incentive projects designed to lure new jobs continue to land in the state's wealthiest counties, despite criticism that the strategy is leaving needier, rural areas of the state behind.

One of North Carolina's largest incentive projects also drew critique from a national watchdog group this week after a study showed more than 90 percent of incentive grants from 2008 to 2013 went to large companies instead of small businesses.

According to data released in the Department of Commerce's annual incentives report, companies in the 40 most economically distressed counties in the state were awarded only about 12 percent of the money set aside for the state's largest job-creating projects from 2008 through 2015. The state's 20 most prosperous counties, which include Wake and Mecklenburg, claimed more than three-quarters of the total.

But Commerce Department officials say there are plenty of programs in the state to help both rural areas and small businesses. Secretary John Skvarla said he takes issue with the contention that incentive dollars go much further in distressed counties than well-off metros such as Charlotte and Raleigh – an argument put forward by both economists and state lawmakers alike.

Based on their economic health, North Carolina's 100 counties are divided into three tiers. The 40 counties with factors such as the highest poverty rates and unemployment are labeled Tier One, with the next 40 classified Tier Two. The 20 remaining counties, often urban regions with much higher household incomes and larger populations, make up Tier Three.

Incentives announced from 2008 to 2015 for the Job Development Investment Grant and One North Carolina Fund programs. Counties are ranked in tiers from one to three depending on their economic health, with one being most distressed and three being the most prosperous.

Total award amount for companies in Tier One counties

Total award amount for companies in all tiers

Portion of total awards granted to companies in Tier One counties

For the state's largest programs, the Job Development Investment Grants and the One North Carolina Fund, the state cuts a check only if jobs are actually created.

But a WRAL News analysis of award amounts committed to companies from 2008 through 2015 shows that, excluding a handful projects awarded for multiple counties, state officials have set aside more than six times the incentive money for the state's wealthiest counties than the most distressed.

The combined lowest two tiers, which make up 80 of the state's 100 counties, received less than a quarter of the incentive awards earmarked for companies through JDIG and One North Carolina. That's $184 million for tiers one and two versus $661 million for Tier Three.

Wake and Mecklenburg counties on their own accounted for a combined $522 million in incentive awards since 2008, more than 60 percent of the total.

A portion of the money awarded in wealthier counties through JDIG, however, does go to a fund for rural infrastructure, which pays for roads, utility connections and other projects companies need to build or expand. Since 2008, the fund stood to gain $220 million.

But even combined with the JDIG and One North Carolina money set aside for the 80 poorest counties in the state, the resulting $404 million is still dwarfed by the $661 million allocated for the 20 wealthiest counties over the same time period.

The findings largely match what WRAL News found in a 2014 series on incentives.

But the additional year of data sheds more light on the similarities between the administrations of Gov. Bev Perdue and Gov. Pat McCrory, both of which allocated about 80 percent of their incentive awards to the 20 counties doing best economically. 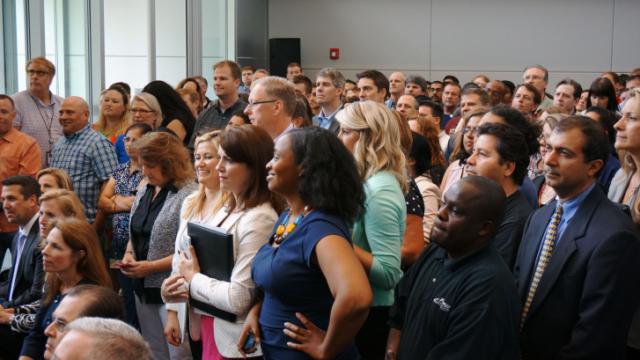 That's a problematic strategy, according to Brent Lane, director of the UNC Center for Competitive Economies. With smartly designed incentives, job training programs and other measures, he said it's possible to make an economic impact on struggling areas.

"You can achieve some results that are significant on a regional level, particularly if it's targeted on distressed areas," Lane said. "I think there can be both an economic and political argument – a fairness argument – for that approach."

Rather than a statewide impact, Lane said a small number of jobs can have a much bigger impact on distressed counties than wealthy ones. As a percentage of employment, for example, he said a single new job in coastal Tyrrell County can equal the economic impact of 200 new jobs in Mecklenburg County.

But Skvarla said the difference in economic impact, even accounting for factors such as lower costs of living and property taxes, isn't so stark. He dismissed Lane's argument, one echoed by state lawmakers this year, that incentives in rural counties do more than those in places such as Raleigh and Cary.

Commerce officials point out that there are state programs through the Division of Rural Economic Development that specifically aim to help rural areas.

But the state's strategy has drawn continued criticism from conservative groups such as the John Locke Foundation, which has published several studies on the distribution of local incentives in counties and municipalities.

"I do think it matters where jobs are being created in the state because it translates into counties surviving," Sarah Curry, director of fiscal policy studies at the foundation, said.

Lane, who has studied North Carolina incentives for years and is often tapped by state lawmakers for his expertise on their effectiveness, says the state's incentives scheme has evolved from its origins in the 1990s, when the goal was to explicitly aid struggling regions.

"It has been bastardized into a program that mostly gives out large grants to large companies entering large metros," Lane said.

That tactic seems to match a national trend.

'It has been bastardized into a program that mostly gives out large grants to large companies entering large metros.'

In a study of incentive programs in multiple states, the Washington-based watchdog group Good Jobs First found that North Carolina largely awards incentives not to small businesses, but to large firms such as General Electric and Smithfield Foods.

Focusing on the One North Carolina program because there were few barriers to entry for smaller companies, researchers found that, from 2008 to 2013, 93 percent of the grants went to large companies. Out of the $26 million in grant awards over that period, large companies took up about 95 percent of the total.

Good Jobs First Executive Director Greg LeRoy said the study appears to underscore that nationally, much of the talk from politicians about helping small business owners is just rhetoric.

"They'll always laud small businesses – you'd think that was the real priority in terms of public policy," LeRoy said. "But when you look at a program that theoretically everybody can benefit from, you find that's not happening at all."

Commerce spokeswoman Kim Genardo said the department takes issue with the group's analysis, which did not use the U.S. Small Business Administration's definition of 500 employees or fewer to differentiate between large and small firms.

The study classifies small businesses as those with 100 or fewer workers. They must also be independently and locally owned and have nine or fewer establishments, a definition study authors say is "more targeted" than others like the SBA's.

"There are many avenues for small business to grow in North Carolina, and NC Commerce is ready to help," Genardo said in an emailed statement.

But LeRoy says states need to do more to help small firms grow by reforming eligibility rules for incentive programs and finding ways for them to access credit, which is still difficult for many following the recession.

To Curry, it's not surprising that small business owners don't often benefit from incentives, given that they can't afford the consultants and other support staff that often help secure them.

"There are a lot of small businesses that don't have lobbyists," Curry said. "They create these jobs without the incentives."

Lane said the state's current tendency to award incentives to large firms and prosperous areas continues to run counter to the recommendations of his 2009 report on incentives commissioned by the General Assembly. His analysis has shown that taxpayers get the most benefit from programs that actively recruit smaller, growth-positioned firms in struggling areas.

"This is often characterized as trying to pick winners and losers. It’s not," Lane said. "You want to pick winners that when they win, produce the intended economic effect, rather than winning deals that don’t produce much economic benefit, which is what we’ve focused a lot of our efforts on lately – winning deals in a fashion that has yielded little economic upside."

In a long battle over the future of incentives in the General Assembly this year, Republican lawmakers discussed changes to the program that would have steered more investment to rural counties.

'Artificially bootstrapping incentives is a futile effort. Anybody who tries to tell you differently is a central planner, and I don’t believe in it.'

But Skvarla called the argument by many legislators that distressed counties needed a bigger share of the incentives program "misguided."

"Do you think Robeson County, for one minute, had a chance to have the Mercedes-Benz headquarters?" Skvarla said. "Do you think incentive money is going to force somebody to go where they don’t want to go?"

Although he said it's fine to vary incentives slightly depending on the county, Skvarla said trying to shoehorn business in places they won't fit amounts to "central planning." If companies are looking to move or relocate, he said, the state has to be in a position to meet their criteria and "be all things to all people."

"Artificially bootstrapping incentives is a futile effort," Skvarla said. "Anybody who tries to tell you differently is a central planner, and I don’t believe in it."

Instead, he said, he wants to see measures such as crowdfunding and access to broadband to help grow small companies in economically distressed areas – measures he's still working to get approved by the state legislature.

"If we want to grow small business in rural areas, we've got to give them the real tools we need," Skvarla said. "But giving them incentives to force Mercedes to Robeson County isn’t the answer."