Polman, a ‘Crucial Voice’ for Corporate Responsibility, Steps Down as Unilever CEO 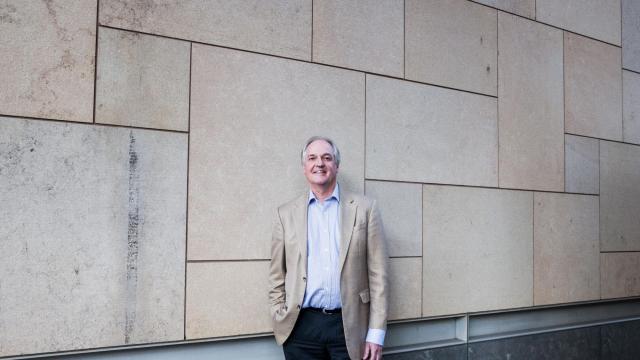 When Paul Polman was made chief executive of Unilever in 2009, he was regarded as a safe choice to lead the maker of Hellmann’s mayonnaise, Dove soap and Ben & Jerry’s ice cream. A veteran executive from Nestlé and Procter & Gamble, the Dutchman was known for his fiscal discipline and international experience.

But Polman, who announced Thursday that he would step down at the end of the year, quickly set about making dramatic changes when he took over Unilever.

He stopped issuing quarterly guidance, signaling to Wall Street that he was not going to make decisions to improve the short-term stock price. He rolled out a long-term strategy to make Unilever a better steward of the environment and a more socially responsible business, known as the Sustainable Living Plan.

In time, Polman began acquiring brands known for their ecological bona fides, like Seventh Generation and Tazo tea. And last year, he fended off a takeover attempt by Kraft Heinz, a deal that would have been a near-term win for investors but would have set up a clash of diametrically opposed corporate cultures.

As Unilever’s chief, Polman emerged as one of the most prominent voices in the corporate world calling for changes to the status quo, encouraging big companies to reduce emissions, embrace renewable energy, improve conditions for workers and produce healthier products.

He served on a U.N. panel that created the Sustainable Development Goals. And in 2015, he was among the most prominent business leaders calling for world leaders to commit to the Paris climate accord.

“There’s been no one as clear and focused and all-in as Paul Polman in setting goals for his company, his supply chain and taking his words on the road,” said Mindy Lubber, chief executive of Ceres, a nonprofit group that advocates for sustainable business. “His voice has made a difference. He’s put his money where his mouth is.”

Polman will be succeeded by Alan Jope, who has led Unilever’s beauty and personal care division — its largest business — since 2011. Jope, a Scotsman, once appeared as a judge on “The Apprentice” with Donald Trump.

In an interview, Polman said he believed that Jope would continue his efforts to promote sustainability and social responsibility.

“That was one of the main criteria selection of the new CEO,” Polman said, adding that he believed many of those ideals were now embedded in the company.

“A responsible business model makes your brand stronger and improves corporate reputation, and that is reflected in the share price,” he said. “We have a very supportive board who understands that, even when they are tested in cases like Kraft Heinz. And the people and brands who have joined us have come because of the Sustainable Living Plan.”

But as Polman departs, some wonder whether Unilever will continue to promote corporate responsibility, especially as consumer goods makers struggle with lagging sales, rising costs from tariffs and new competition from companies like Amazon.

“Paul has been a crucial voice for more ethical and sustainable form of capitalism,” said Aron Cramer, chief executive of Business for Social Responsibility, a trade group. “But consumer products companies are going through choppy waters. It will be essential that the board maintain its commitment to his vision.”

When Polman first took over at Unilever, financial analysts were skeptical of his new direction. During his first few months, which coincided with the financial crisis, Unilever’s stock plummeted more than 27 percent. When he abolished quarterly guidance, shares fell 8 percent.

But since then, Unilever’s stock price has shot up, more than doubling during Polman’s tenure.

Polman managed to deliver strong financial results by acquiring new brands, expanding in emerging markets, and growing the company’s personal care business. At the same time, he championed the Sustainable Living Plan, which set ambitious goals such as cutting Unilever’s environmental impact in half by 2030, while still growing sales.

The company has been transparent about its progress, issuing annual reports detailing its efforts, including improving working conditions in its supply chain and creating healthier products. For example, Unilever says that carbon dioxide emissions from its factories are down 47 percent from 2008 levels.

But success has been uneven. Unilever’s push to use sustainable soy beans in Iowa to create a better mayonnaise has been inordinately complicated. And it notes that it is having a hard time meeting its goal of sourcing all agricultural raw materials sustainably by 2020. Last year, that figure was at just 56 percent.

And while Polman has overseen strong, sustained growth at Unilever in recent years, his tenure hasn’t been entirely smooth.

The bid from Kraft Heinz, whose board then included Warren Buffett, offered Unilever shareholders a roughly 18 percent premium to their stock. But Polman argued that Unilever would be worth more over the long term, and Kraft Heinz withdrew its offer.

In the aftermath, investors looked to Polman to improve profits and streamline the company, including an effort to reduce bureaucracy by doing away with a dual listing structure that includes two headquarters, in London and Rotterdam.

In March, Unilever announced it would make the Netherlands its sole headquarters, dealing a symbolic and economic blow to Britain in the wake of the Brexit vote. But such a move would have forced Unilever to leave the FTSE 100 stock index, in turn forcing several large mutual funds to sell their holdings. In October, Polman backtracked on the plan.

On Thursday, Polman said his effort to unite the company was among his greatest priorities in his last year on the job, but with the effort having faltered, he believed it was time to retire.

“I tried to do the job of unification, but it was a difficult environment,” he said. “But the ship is steadied. We have transformed the company.”