Poll: Younger voters pessimistic about future, down on Trump 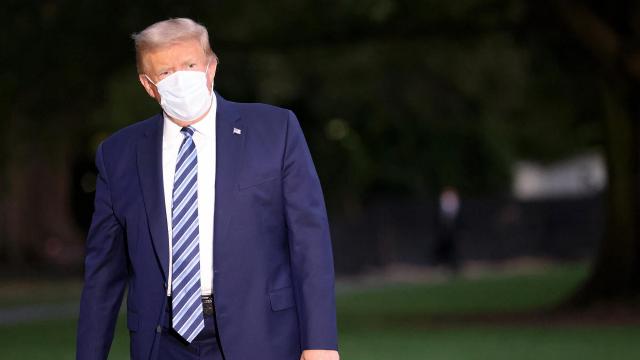 The youngest voters in America are pessimistic about the future, worried about the coronavirus, down on President Donald Trump and positive about the Black Lives Matter movement.

Those are the major findings of a new online NBC News/Quibi poll of millennial and “Generation Z” voters, which was conducted after the first presidential debate on Sept. 29, as well as after Trump tested positive for the coronavirus.

Just 30 percent of millennial voters – those ages 24 to 39 – say they feel confident that their children’s generation will be better than it has for them, while 49 percent are not confident in a brighter future.

That’s compared with 40 percent of Generation Z voters – those ages 18 to 23 – who are confident about the future, versus 41 percent who aren’t.

The poll also shows that seven-in-10 young voters say they’re worried that they or someone in their immediate family might contract the coronavirus, and it finds about a third of them have taken a coronavirus test.

When it comes to the 2020 presidential election, these voters have negative attitudes about Trump, with 69 percent of Gen Z voters and 54 percent of millennials having a negative impression of the president.

Those margins are consistent with past analyses of the youth vote from the national NBC News/Wall Street Journal poll.

Yet these voters are less interested in the upcoming election than other age groups are.

By comparison, approximately 80 percent of all voters say they have high election interest, according to the latest national NBC News/WSJ poll.

Overall, 51 percent of millennial voters say that who wins the election makes a “great deal” of difference to their lives and their family, and 31 percent say the winner makes “quite a bit” of difference.

More than 60 percent of Gen Z voters and more than half of millennials have a positive impression of Black Lives Matter.

And majorities of young voters have a favorable view of Planned Parenthood.

A profile of young voters

And both groups are more diverse than older Americans, with millennials in this poll being 68 percent white, 15 percent Black, 9 percent Latino and 6 percent Asian.

The NBC News/Quibi poll was conducted – by Public Opinion Strategies and Hart Research – from Sept. 30 to Oct. 6 of 250 millennial registered voters and another 250 Generation Z voters.

Interviews were conducted online from a national panel of voters maintained by Dynata.

The credibility interval for a sample of 250 voters is plus-minus 7.07 percentage points.