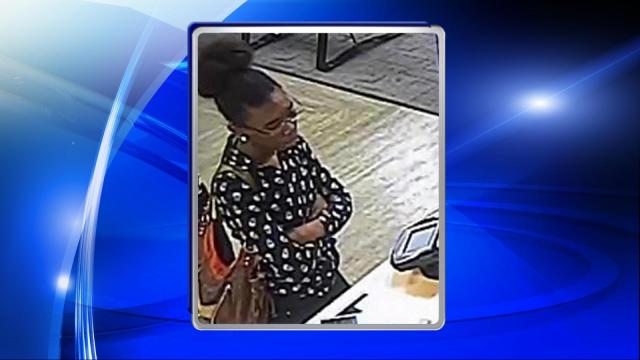 Fayetteville, N.C. — Fayetteville police are seeking public assistance in locating a woman who they said used a credit card that was stolen during a vehicle break-in.

Authorities said that a suspect broke into an unsecured vehicle in the parking lot of the cosmetology school at Fayetteville Technical Community College on the morning of Jan. 15 and stole a purse.

Several hours later, a woman was caught on camera attempting to use a credit card stolen from the vehicle at a sporting goods store.

The video showed the woman arriving and leaving the store in a dark-colored Buick.

The vehicle break-in was one of three that happened on Jan. 15. All of the cars that were broken into were left unsecured with valuables inside, said police.

A gun was one of the items taken from the vehicle in the hotel parking lot, police said.