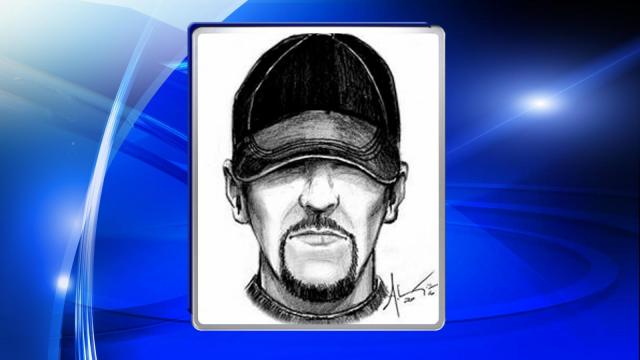 Fayetteville, N.C. — Police are investigating a sexual assault after a man reportedly jumped into a vehicle in Fayetteville on Sunday, forced a woman to drive away and raped her.

The victim stopped her vehicle in the area of Ramsey Street near Rosehill Road around 4 a.m. when an unknown man got into the passenger's seat of the car, according to the Fayetteville Police Department. The suspect was in possession of a handgun and demanded the victim drive away.

Police said the victim was told to drive to an unknown location along a dirt road where the assault occurred. The suspect fled on foot.

The suspect was described as a white man in his mid- to late 30s. He is roughly 6-foot-2, has a thin build, pale complexion, dark brown hair and a goatee. The man had a strong southern accent and was wearing a black ball cap and black gloves.

Authorities said the suspect had a tattoo on his left arm, which could have included a picture of a sword or a cross. The victim also told police the man smelled strongly of marijuana.