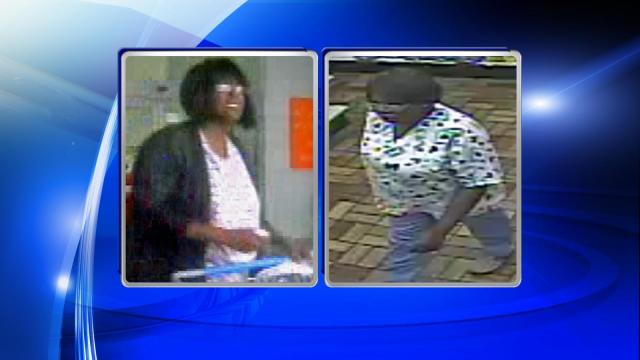 Clayton, N.C. — Clayton police are searching for a woman who allegedly used stolen credit cards to make purchases at two Garner stores one week before Christmas.

Police said that the woman stole a wallet from a nurse at Johnston Health’s Hospital on Dec. 18 and proceeded to make several purchases at a Walmart and Lowe’s Home Improvement store in Garner. The charges were for about $2,400.

The woman is described as black, about 5 feet 8 inches tall, and weighing about 200 to 225 pounds. Authorities said she was wearing eyeglasses and medical scrubs.

Police are also searching for a second woman, who they believe served as a getaway driver. She was driving a white passenger car and also appeared to be wearing scrubs, authorities said.