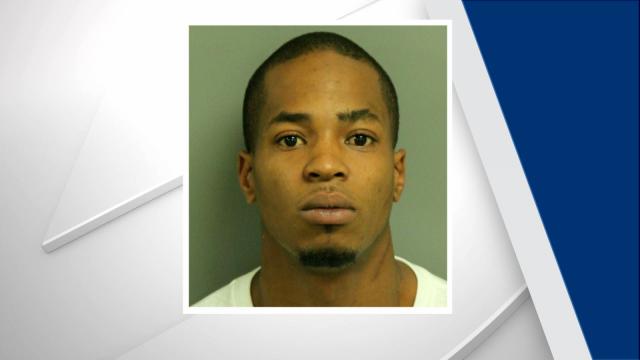 The Raleigh Police Department typically updates the city manager within five days of any officer-involved shooting, and the five-day report report on the death of 24-year-old Jaqwan Julius Terry reiterated many of the details released hours after the incident on Donald Ross Drive.

Senior Officer B.K. Burleson responded to a 911 call about a man with a gun outside a home at 241 Donald Ross Drive, and the woman inside told him that she had broken up with Terry earlier in the day but that he had shown up at her home with a gun and told her he wouldn't allow her to leave him, according to the report.

The woman pointed out Terry in the neighborhood, but Terry started to run when Burleson asked to speak with him, the report states. Burleson pursued the man, ordered him to stop and called for help.

After about a block, Terry tried to climb a wooden fence at 311 Donald Ross Drive, but Burleson caught up to him and pulled him to the ground. As the two struggled, Burleson noticed a gun on the ground next to Terry and tried to push him away from the weapon, the report states. Terry, however, was able to grab the gun, and he pointed it at Burleson.

Burleson then drew his gun, and the two men fired at each other. Burleson was wounded but continued to fire at Terry, who was still pointing his gun at the officer, according to the report.

Master Officer B.S. Beausoleil then arrived and, seeing Terry shoot Burleson, he fired on Terry as well. Terry fell to the ground, still holding his gun, the report states.

The exchange lasted about five seconds, and Beausoleil radioed for assistance as he commanded Terry to drop the gun.

Terry was shot several times from the front and the side, according to the report, and died at WakeMed. The precise number and location of the wounds wasn't detailed in the report.

Burleson was treated at WakeMed for a gunshot wound to his right leg and released. Beausoleil wasn't injured.

The State Bureau of Investigation was called in to investigate the shooting, and the police department's Internal Affairs Unit is reviewing the incident to determine if any polices were violated. Burleson and Beausoleil have been placed on administrative duty pending the outcome of the investigations.

Burleson's dashboard video camera was never activated during the incident, and the dashcam in Beausoleil's patrol car caught part of the incident on audio but not on video, according to the report.

Police were called to the home at 241 Donald Ross Drive following a domestic dispute in July, when Terry was charged with assault on a female and assault with a deadly weapon.