Police: Tarboro officer shot burglary suspect after being 'faced with a threat' 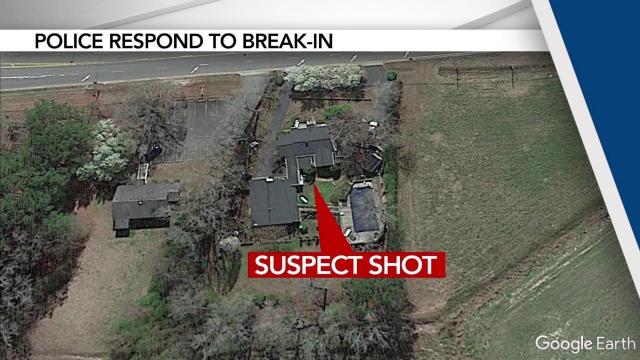 Tarboro, N.C. — Tarboro police have identified the officer and victim involved in a burglary that ended with an officer-involved shooting Tuesday night.

Police said Sgt. Keith Morris and Officer Bryan Baker responded to home in the 3500 of North Main Street at about 8:30 p.m. Tuesday after a reported burglary.

Police said the homeowner directed both officers to the back of the home, where the suspect, identified as Sebastian Siney Chamale, 37, was still trying to gain entry.

Police said Baker, a 24-year veteran of the police force, located Chamale on the back deck of the home and a confrontation ensued.

During the confrontation, police said Baker was “faced with a threat” and fired his weapon, striking Chamale. Authorities did not disclose what type of threat Baker faced or if Chamale had a weapon.

Officers administered first aid to Chamale until he was taken to Vident Edgecombe Hospital. Chamale was later flown to Vidant Pitt Hospital, where he died as a result of his injuries.

No officers were injured during the incident.

Authorities said Chamale, who is originally from Guatemala, was known to reside in Tarboro, but no known address could be identified.

The State Bureau of Investigation is continuing to investigate the incident, which is standard protocol for officer-involved shootings, and Baker has been placed on administrative duty.