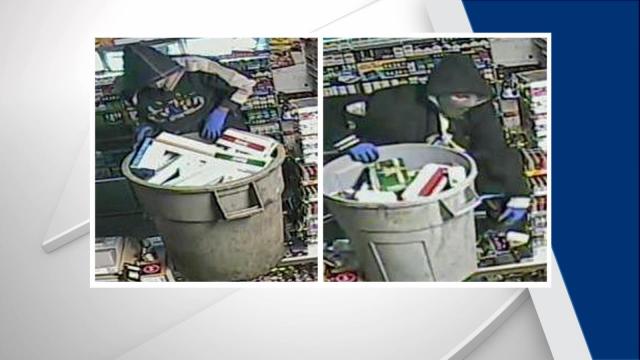 Raleigh, N.C. — Raleigh police are searching for suspects who robbed two tobacco shops on three different dates in May and July.

Authorities said the suspects burglarized the Jokers Smokers store at 6111 Capital Boulevard on May 24 and burglarized the Mr. Tobacco store at 1811 New Hope Church Road on July 1 and July 25.

On each occasion, the suspects stole cartons of cigarettes.

Authorities said they are not certain all three crimes were committed by the same individuals, but there are sufficient similarities that lead them to believe the crimes may be connected.

The suspects dressed heavily to disguise their appearances but were seen driving a tan or silver Chevrolet or GMC pick-up truck and a light-colored 90s model Mercedes Benz sedan.