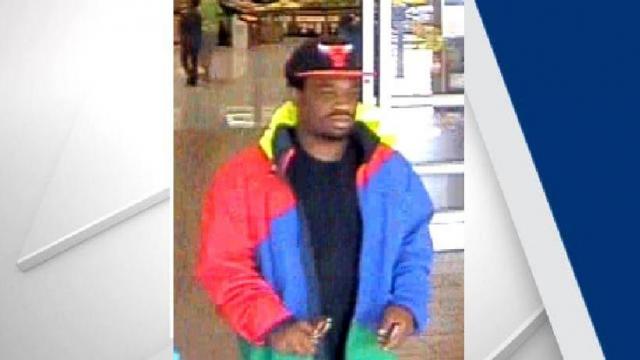 Fayetteville, N.C. — Police in Fayetteville are searching for a man who they say tried to rob a woman on Monday.

Around 8:15 a.m., police responded to a robbery near the 900 block of McPherson Church Road.

An investigation revealed that a woman had parked her car and was walking into work when a man quickly approached her and grabbed her purse.

During the struggle for the purse, the suspect threatened to shoot the victim if she did not let go of the purse. Police said the woman gave the suspect her purse, and he removed various items, including credit cards and an iPhone, before fleeing the scene. The suspect was seen getting into car that was stopped along McPherson Church Road waiting for him.

Detectives obtained photos of the suspect from a local business and are requesting the public’s assistance identifying him. The suspect is described as a black male in his mid 20s who was wearing a black and red Chicago bulls baseball hat, a Champion logo shirt and gray pants at the time of the robbery.

Anyone with any information regarding the robbery is asked to contact Detective A. Stevens with the Fayetteville Police Department at 910-391-0053 or Crime Stoppers at 910-483-8477.