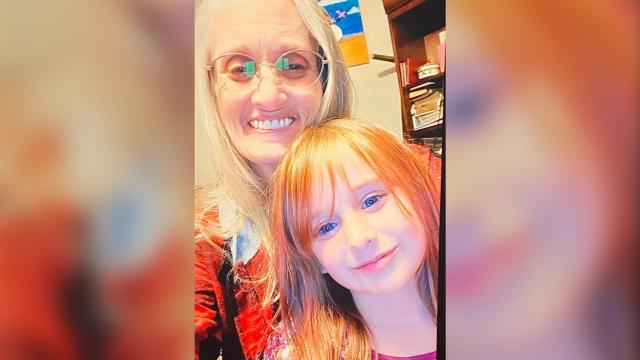 Cayce, S.C. — Hundreds of police officers continued to look Wednesday for a 6-year-old girl who hasn't been seen since shortly after getting off her school bus near her South Carolina home Monday.

Investigators have no evidence that Faye Marie Swetlik was kidnapped, but also have not ruled an abduction or that she walked away from her home or was harmed by someone she knew in the central city of Cayce, authorities said.

Police on Wednesday released a video of the girl getting off her school bus Monday. Her family discovered her missing about 3:45 p.m. and called 911 after looking for her for about an hour, authorities have said.

"Her mother, her mother's boyfriend and her father have all been cooperative with us," Cayce Public Safety Director Byron Snellgrove said.

Investigators have sent more than 250 officers to talk with neighbors, have used tracking dogs and helicopters to search the area and have stopped motorists near the girl's home to question them. They have also asked residents with doorbell cameras in the area to share footage. State police and the FBI are assisting local police.

Flyers with Faye's picture have sprouted up all over Cayce, a city of 14,000 neighboring the state capital of Columbia.

"When she walks into a room she brightens it up. Everyone loves Faye," Snellgrove said. "Faye loves dresses, fancy shoes, spending time with her family, cats and playing outside."