Police: Amber Alert suspect may have been spotted near Seven Springs, could be headed to Oak Island

Danville, Virginia — Police in Virginia are searching for a missing 7-month-old girl and her father, a registered sex offender, saying the baby is in "extreme danger."

Emma Grace Kennedy is described as a white female, approximately 2 feet 2 inches tall, weighing 18 pounds. She has blonde hair and and blue eyes.

In an image from video provided by the Danville, Va., Police Department from a gas station surveillance camera, a man believed to be Carl Ray Kennedy snatches an infant from a car outside a Kwik Stop. 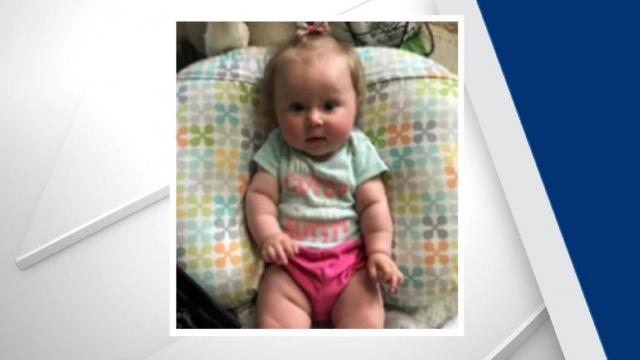 Police said Kennedy kidnapped the child from her mother at knifepoint.

Kennedy may have been seen near Seven Springs and could be headed to Oak Island on the North Carolina coast, Virginia State Police said Monday evening. 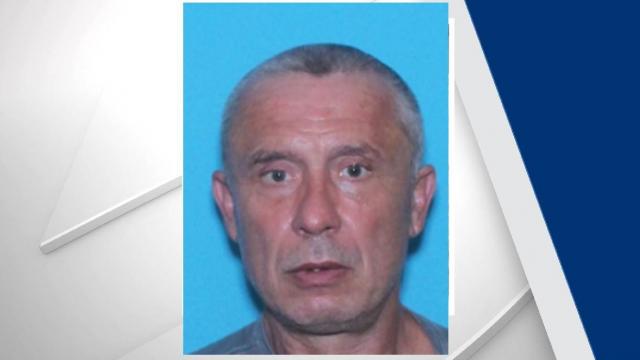 According to the N.C. Bureau of Investigation, Kennedy, who once had an Asheboro, North Carolina address, is a registered sex offender.

Emma was last seen wearing a light blue onesie with dots and a white rabbit on the left leg and a matching headband. Emma has a small scar on her left cheek.

Kennedy is described a 51-year-old white male standing 5 feet 8 inches tall and weighing 170 pounds. He has gray hair and green eyes and was last seen wearing a brown T-shirt, gray shorts, and black and white Sketchers. Kennedy has a pierced left ear and numerous tattoos on both arms.

Kennedy and the baby were last seen traveling east from 4912 Riverside Drive in Danville, Va., which is close to Caswell County and North Carolina.

Kennedy is believed to be in a gold Suzuki with NC license tag number EKZ-5093. The vehicle also has a Johnny's Auto Sales emblem on the trunk.

Anyone with information about the abduction is asked to call the Danville Police Department immediately at 434-799-6510.