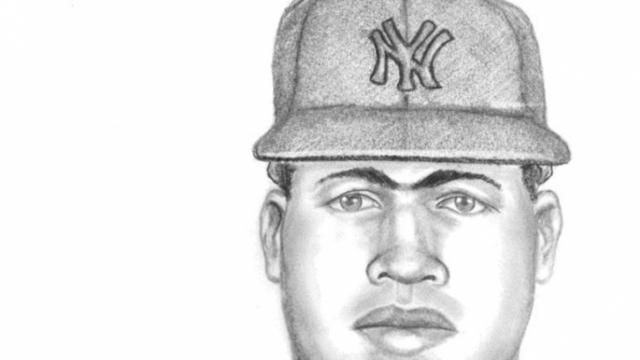 Raleigh, N.C. — Authorities are seeking the public’s assistance in locating a man wanted in connection with a sexual assault that occurred on May 1 in the 4100 block of New Bern Avenue.

Officials said a 25-year-old female was approached by four men on May 1 around 8:45 p.m. After a short conversation, two of the men forced the woman into a tree line on New Bern Avenue and raped the 25-year-old, officials said.

The two suspects were last seen fleeing on foot after the sexual assault.

Authorities on Sunday released a sketch of one suspect. The man is describe as a black male in his 20s who stands 6 feet and weighs about 200 pounds. The sketch shows the suspect wearing a New York Yankees cap, and he also has a neck tattoo that reads, “Jamal.”

Anyone who may recognized the suspect, or has any information pertaining to the assault, is asked to contact Raleigh Crime Stoppers at 919-834-HELP.