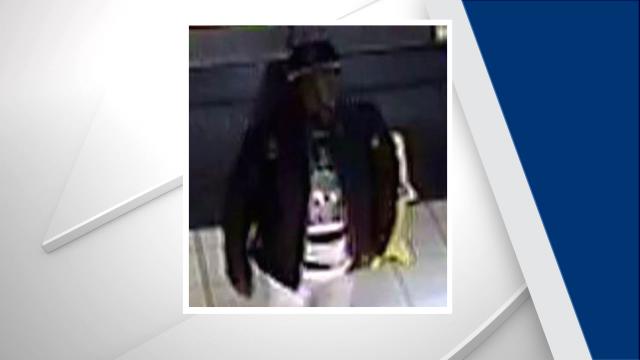 Durham, N.C. — Police on Friday asked the public for help in identifying a man wanted in a shooting at Northgate Mall in Durham last month.

The gunman approached the 21-year-old woman, struck her in the face with a gun and then shot her in the head, police said. She has since been released from Duke University Hospital.

Police released a photo taken by a mall security camera of the suspected gunman. He is described as black, in his late 30s or early 40s with a thin build and a dark complexion, and he was wearing dark pants, a shirt with a light and dark pattern, a dark jacket and a dark ball cap.

According to #DPD the woman’s injuries are non life threatening. Nobody is in custody at this point. #wral