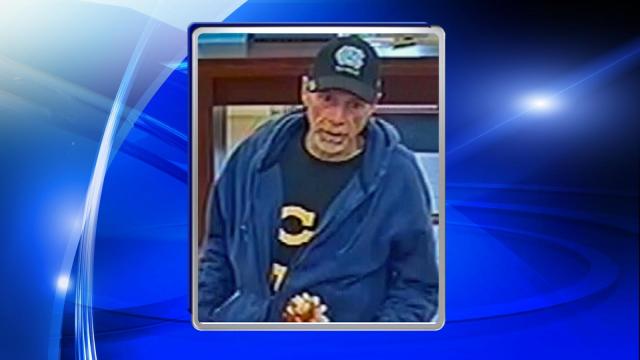 Fayetteville, N.C. — Fayetteville police are searching for a man responsible for a Friday afternoon bank robbery.

Police said that the man entered the First Citizens Bank at 3604 Ramsey St. at about 12:30 p.m. and handed the teller a note that demanded money and stated that he had a weapon.

The man obtained an undetermined amount of money before fleeing on foot.

The man was described as being about 5 feet 10 inches tall with a gray beard. He is believed to be in his late 50s to early 60s. The man was wearing a black University of North Carolina hat, a blue zip-up hooded sweatshirt, a black shirt with the letter “C” on it, blue jeans and black-and-white shoes.