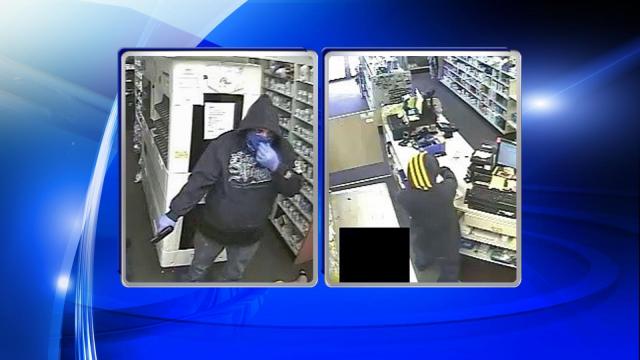 The men were both armed with handguns and ordered all employees and customers to get on the ground before stealing an undetermined amount of money and pharmaceutical grade drugs, police said.

The suspects fled the scene on foot and nobody was injured during the incident.