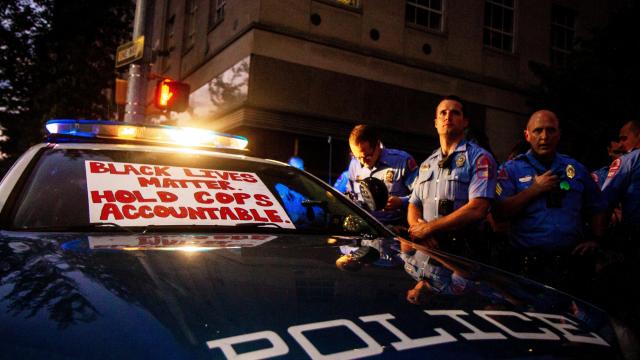 Raleigh, N.C. — A package of policing and criminal justice reforms with bipartisan support will likely move through the North Carolina Senate in the coming days.

The bill doesn't change the process for releasing footage from law enforcement body-worn and dashboard cameras, though the key bill sponsor said Tuesday those conversations will continue as the bill moves forward.

That process is under renewed scrutiny after the Elizabeth City shooting death of Andrew Brown Jr. two weeks ago. A Superior Court judge ruled last week that, while Brown's family can see bodycam video of the shooting, the public won't see it for some time.

State lawmakers laid this process out several years ago, requiring a judge to sign off before footage is released. Some, including Gov. Roy Cooper, have called for the process to essentially flip: Instead of the public having to go before a judge and argue for release, videos would be public within 48 hours unless law enforcement makes a good case to keep it secret.

The change has been proposed, but it's not part of legislation advancing so far in the Republican-controlled General Assembly. That includes Senate Bill 300, a package of 20-something reforms that cleared the Senate Judiciary committee Tuesday on a unanimous vote.

Sponsor Sen. Danny Britt, R-Robeson, a leader on many of the criminal justice reforms that passed the state legislature in recent years, said the current process seemed to work in the Elizabeth City case. He couldn't say whether the judge's decision was the right one, but the hearing happened quickly, and both sides were heard, which is the law's intent.

Britt said he plans to meet, though, with members of the Legislative Black Caucus and other Democrats and that the state's body camera law will continue to be discussed. Senate Bill 300 will likely move through the Senate next week, but Britt said it could morph before final passage in the House.

"We're willing to talk about what changes might make it better," Britt said.

House and Senate Democrats held a press conference Tuesday calling for a raft of more progressive changes, laid out in 26 bills of their own, most of which won't move forward. There's significant overlap, though, between some of the ideas in those bills and Senate Bill 300, as well as with a similar package of Republican-backed bills moving in the House.

Several of those House bills also moved through committee Tuesday.

Democratic lawmakers thanked Republican colleagues during Tuesday's news conference for the changes that are coming, even as they pressed for more, including a shift in body camera policy.

Among the other proposals Democrats have generally backed that aren't in the GOP bills:

Britt's Senate Bill 300 would make a number of changes to the state's criminal code, and to law enforcement policies:

A few other changes are moving in other bills, including one to raise the minimum age for juvenile criminal prosecution from 6 to 10. That bill has already cleared the Senate and has bipartisan support, though Democrats said Tuesday they'd prefer the minimum be raised to 12 years old.